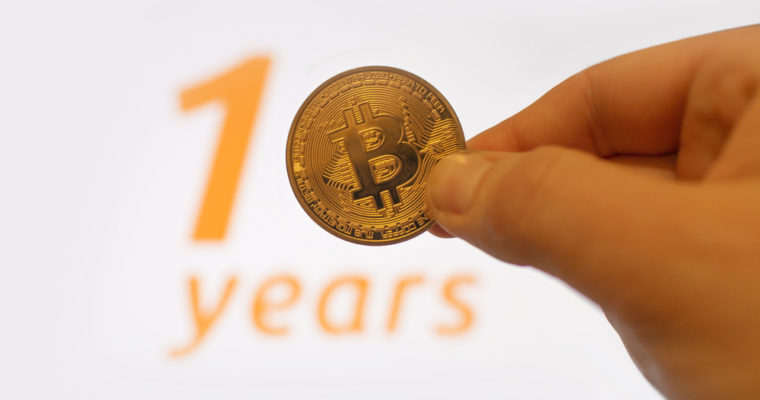 Hal Finney is one of the people many suspected to be Satoshi Nakamoto. A long-time cryptographer and cypherpunk, Finney was the first person ever to receive a Bitcoin transaction. From Satoshi Nakamoto. He was enthusiastic about the project from the beginning. He posted the first known tweet about Bitcoin ten years ago today:

Part of the speculation about Hal Finney being Satoshi Nakamoto was due to the fact that Dorian Satoshi Nakamoto lived in the same town as him for ten years. Both Finney and Dorian Nakamoto denied involvement in the creation of Bitcoin.

Today, tweets about Bitcoin number in the thousands. At the time, however, Finney might have just been trying to get his followers involved in the project. Early messages about the cryptocurrency were very inviting. No one had any clue that it would become an economic force global markets are still trying to adapt to.

When mainstream financial analysts first came across Bitcoin, they often dismissed it as something that couldn’t possibly stand the test of time. Today, however, no one thinks cryptocurrencies are going anywhere, although the mantra of “Bitcoin maximalism” seems to be fading as dozens of other cryptos develop strong market capitalizations.

Looking at ways to add more anonymity to bitcoin

Six days after that, Finney’s belief is growing. He wonders about the environmental implications of crypto mining.

This is years before environmentalists would decry the energy usage of Bitcoin mining. The difficulty of the network at the time of that tweet was still 1.00, and most blocks were empty save for their mining reward of 50 coins. Average PCs could still mine BTC with no excess energy usage. ASICs and GPUs would come into play over the following year.

Although Hal Finney died in 2014, in the middle of last year someone asked him for 100,000 bitcoins and called him “Nakamo Satoshi”:

Dear Mr. Nakamo satoshi, my mother is suffering from a very serious illness and needs a lot of money to heal. I beg you to send me 100,000 bitcoins. I want to save my mother. My bitcoin wallet address is: 1HVBZKSuZzj8XKcd8h25osL4kFhAk1JUou

The address listed there received .115 BTC in November.

Hal Finney was employee #2 at the PGP Corporation, which built its business on the open source Pretty Good Privacy public-key cryptography tech developed in the early 90s. PGP and GPG (a Free and Open Source alternative implementation) remain the most actively used cryptographic protocols for e-mail and other types of communications on the web. Symantec acquired PGP Corporation in 2010 for $300 million. Finney, by this point, was watching Bitcoin flourish and became an important voice in the community.

In one of his last posts to the Bitcointalk community, Finney spoke to the tax situation around Bitcoin. The word Bitcoin was not even used by the government until many months later. Finney said:

I aquired most of my coins by mining. This has no anology with currency (unless you’re counterfeiting Smiley ) so I intend to treat bitcoins as precious metals and declare my profits as capital gains. Since I mined them more than a year earlier, they are long term capital gains. This is not as favorable as usual because it turns out that precious metals, even bullion, are considered “collectables” and taxed at a rate of 28%. Normal rate is 15%. If your overall tax rate is less than 28%, you can pay the lower rate. That is what I intend to do, based on my reading of the IRS documents.