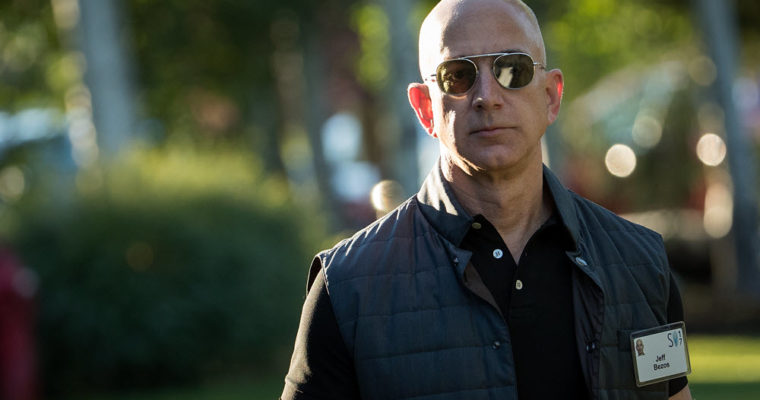 Jeff Bezos is getting a divorce from Mackenzie Bezos after 25 years. He posted a note on Twitter. According to him, they would do it all over again.

Jeff Bezos’ wife, MacKenzie Bezos, is a novelist and recipient of the 2006 American Book Award. She met her husband while working for him at a New York City hedge fund. She also heads a non-profit anti-bullying organization that she began in 2014. Recently, the couple started another charitable foundation for the homeless and underprivileged childhood education.

MacKenzie Bezos Might Become The Richest Woman On Earth

Married in 1994 before Amazon was even founded, it is unknown whether he and his wife MacKenzie had a prenuptial agreement when they married in 1993. Bezos was already a hedge fund investor by this point in his life, so he may have had the foresight to create an agreement. However, prenuptial agreements were not a popular instrument in the early 1990s. They were popularized by celebrities in the 2000s, specifically Kanye West’s “Gold Digger.”

If they didn’t, MacKenzie Bezos could be entitled to up to 50% of Jeff Bezos’ assets. According to Forbes, he is worth $137 billion as of today. The Forbes list was published prior to Bezos’ estimated stock holdings took a massive upward turn over recent quarters.

The price of each share has gone up by over 30% since this time last year. A February 2017 report puts his outstanding stock holdings at 17%, or 81 million shares. 9 months later, he sells 1 million shares worth about $1.1 billion. That leaves him with 80 million shares, worth today about $132 billion. (The price of AMZN at time of writing is $1650 and change.)

The totality of his assets will be made somewhat public through the divorce proceedings. If no prenuptial agreement exists, and the couple are not on “good” terms, MacKenzie Bezos could be looking at over $60 billion in Amazon stock alone. Divorce courts historically favor women.

Women in relationships where the husband is the primary breadwinner are often entitled to monies beyond the man’s assets, including child support and alimony. Some studies suggest that most men do better financially after a divorce. Nevertheless, the novelist could find herself with a regular income that dwarfs the earnings of most American CEOs.

Sam Walton’s daughter Alice is currently the richest woman on earth. Her net worth is around $46 billion, just behind her brother Jim. The four Walton children have frequently swapped places around the world’s rich list.

Alice’s net worth would be less than both Jeff Bezos and MacKenzie Tuttle (her maiden name). Assuming Jeff’s assets were cut directly in half, they would share the 4th and 5th spots on the list. Importantly, there is a chance that the move might give her more of the communal property than her husband. This is to say: she could be richer than Jeff Bezos and effectively richer than most of the billionaires in the world.

How Will The Bezos Divorce Affect Amazon Stock?

The question that Amazon stock holders will be tossing around in the coming months is whether MacKenzie will liquidate her holdings. As of October 2018, 488 million shares are outstanding in Amazon. Bezos reportedly owns somewhere around 80 million. MacKenzie Bezos would thus own 20-40 million shares in a typical scenario.

Assuming the worst, she would be in charge of about 8% of Amazon stock. If she dumps, the stock might take a corresponding dive of more than $100. The simple fact of a non-board member owning significant outstanding shares of the company might have an affect on the stock regardless.

The effect could be amplified by automated trading, which follows volume. A multiple-percentage sell order might trigger thousands of bots to go on a selling frenzy as well. Numerous factors in this are not known.

There are other scenarios where an off-market sale could be arranged with her husband. He could pay in installments over time or even get a loan on his own holdings.

Only time will tell what happens. But tens of thousands of retail and professional investors have an interest in this single divorce. Is it time to short AMZN?

At the time of writing, the stock was trading within a $30 range over the past 24 hours. It is rebounding somewhat slowly. This may signify investors who’ve been waiting to buy at slight discounts making their move. Some turbulence should be expected on such dramatic news about the CEO.

Major hedge fund decisions play into the short-term forecast of Amazon. The situation is somewhat unique. It’s rare that the wealthiest in the world also have such large interests in their companies and publicly announce their personal decisions. The results will be a case study for future stock textbooks.