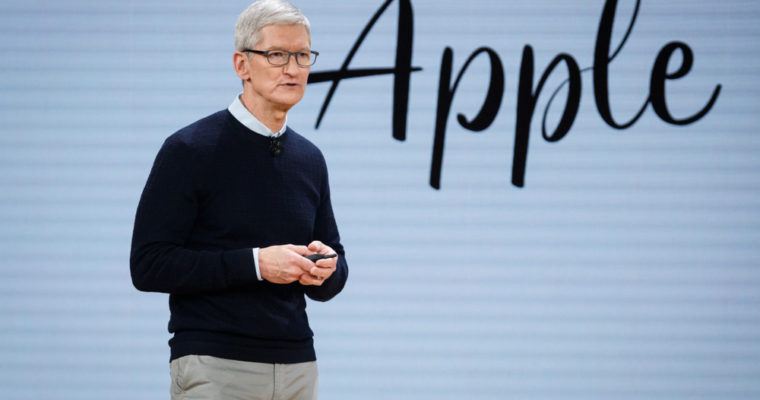 An argument for decentralization and equality? Apple is cutting its production levels and will likely shift the Dow Jones Index and global stock markets again today. At the same time CEO Tim Cook is banking his biggest bonus ever.

After revising sales forecasts downwards, Apple is now cutting its production plan again. It will reduce iPhone manufacturing by 10% over the next three months, suggesting further lower sales are expected.

It’s actually the second-time that production for the iPhone has been revised and a further sign that Apple may have been expecting to make its shock New Year’s revelation. That revelation shifted Apple’s share price down 10%. It impacted the Dow Jones which fell 500 points, as well as the US and Asian stock markets.

The Apple revelations are adding to global uncertainty. The reduction in sales stems from China’s economic slowdown. That slowdown and an expected one in the US is driven by trade conflicts and other factors, like potential interest rate hikes.

It’s all connected and circular in effect, and it’s all an illustration of centralization at play. That one company can have such a massive effect on global markets as well as our daily digital habits is almost unbelievable. Our daily digital habits — what we see, read, and hear — influences our actions. On top of that, giants like Apple, but more so Facebook and Google, take our data and profit from it.

Not a Free and Fair Market

So too are the interest rate hikes, trade disputes, and subsequent tariffs an indication that we don’t exist in a fair and free market. True, monetary policy is necessary, but is it necessary because of previous monetary policies rather than a need to adjust to a free market?

Apple CEO Tim Cook has just received a $12 million bonus for the year ending in September 2018. During that time Apple reported record revenue and profit. The company’s value passed $1 trillion.

Cook seems to be shifting his focus, joining the fight for data privacy, criticizing the power of big technology companies. But he himself exerts an incredible amount of power over the global economy and takes a massive income for doing so.

iPhone suppliers were already cutting jobs last November, so further job cuts are likely. Foxconn planned to cut 100,000 jobs by the end of 2018. That’s just one direct supplier, a few months ago. Consider the impact now. An older report also suggested Apple had 1.5 million workers in China, and iPhone workers were earning just over $3 per hour.

Apple stock is still up today, but news of iPhone production cuts still could shift the market.

If ever there is an argument for decentralization and equality, a fairer spread of control and wealth, this could well be it. Meanwhile, US President Donald Trump has held off calling a national emergency, but continues a government shutdown, because he can’t build a wall between America and its neighbours.