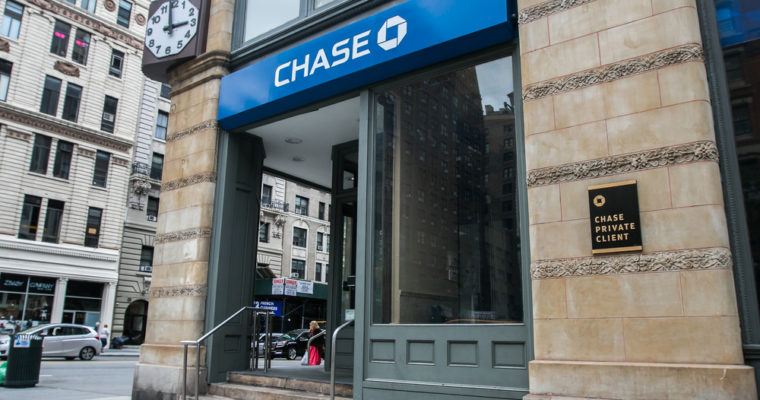 For the average entrepreneur, verifying that your financial institution hasn’t closed your startup’s bank accounts probably isn’t part of your daily routine. However, if you’re an entrepreneur that runs a bitcoin startup, checking up constantly on one’s banking relationships is just part of the job.

That became apparent this week thanks to a Twitter thread started by Anthony Pompliano, a partner a cryptocurrency-focused hedge fund Morgan Creek Digital, who simply asked his followers to recount the worst experience they had ever had with a bank.

What is the worst experience you have ever had with a bank?

Extra points if you name the bank 🙏🏽

Pompliano’s tweet attracted hundreds of replies — more than 1,000 at the time of writing. (Apparently, there’s a correlation between poor experiences with traditional banking and an interest in bitcoin. Go figure.) However, some of the most interesting anecdotes came from cryptocurrency entrepreneurs detailing just how difficult it is for their businesses to find and maintain a stable bank account.

Kraken CEO: I Learned the ‘Arts of a Money Launderer to Survive’

Of these, the most visceral came from Jesse Powell, the founder and CEO of US bitcoin exchange Kraken. Powell, who founded the exchange in 2011, detailed struggles with a number of financial institutions, including Bank of America and PayPal. He said that Chase closed Kraken’s account so quickly that he only realized it had happened when employee checks began to bounce.

“Paypal locked up all the money I had for 6 months, almost lost my business/apartment. BofA killed @Krakenfx’s payroll account on 30 days notice,” he said. “Chase killed it on 5 days notice, by mail, which arrived after the account was closed. Found out when employee checks bounced.”

Paypal locked up all the money I had for 6 months, almost lost my business/apartment. BofA killed @Krakenfx‘s payroll account on 30 days notice. Chase killed it on 5 days notice, by mail, which arrived after the account was closed. Found out when employee checks bounced.

Noting that he was “probably a compliance person’s worst nightmare,” he revealed that he “basically had to employ the arts of a money launderer to survive.”

I cycled through multiple rented PayPal accounts and I started spreading deposits across several banks, cash in safety deposit boxes. Probably a compliance person’s worst nightmare but I basically had to employ the arts of a money launderer to survive.

Given Powell’s vocal stance on taboo topics — he has compared New York regulators to an abusive ex-partner and generally takes the position that investors need to “look out for themselves” (contrast that with the Winklevoss twins’ new “crypto should be regulated” campaign) — one might wonder whether Kraken’s difficulties are an outlier.

However, he was far from the only cryptocurrency startup founder to make checking on the status of his company’s bank accounts a part of his daily routine.

Taylor Monahan, the founder and CEO of cryptocurrency wallet service MyCrypto, revealed that Chase is currently in the process of shutting down their bank account but had already canceled her credit cards — right before Christmas, too.

Here’s exactly what the snail mailed letters look like for those curious.

“We have decided to end our relationship with you.” Thanks, boo. 🤣🤣 pic.twitter.com/2RALPLPwns

Charlie Shrem, the founder of defunct bitcoin exchange Bitinstant and one of the earliest cryptocurrency entrepreneurs, replied that he had received “hundreds of these” letters like what Chase had sent MyCrypto, one as recently as 6 months ago.

I’ve gotten hundreds of these. Bitinstant from 2011-2013 lost dozens of accounts and personally from 2011 to 6 months ago. Lost all the majors and dozens of minors. I have most of the letters.

Shrem further said that since 2011 he has not been able to go longer than 8 months with a single bank account but that he recently found a small Georgia-based bank that “loves crypto.”

2/ I like medium size banks and credit unions. I work with a bank in Georgia now that loves crypto, his family has owned the bank for over 60 years and he will open up accounts for you guys. They have 20m in assets and 6 branches.

When Will Banks Warm up to Bitcoin?

Unfortunately, these anecdotes are far from unique. CCN has written before about the surprising difficulties that cryptocurrency startups encounter when trying to do something as benign as open a bank account. Indeed, the hassle is so great that Coinbase — an $8 billion startup and one of the most well-known names in the cryptocurrency industry — made headlines when it announced that it had opened an account with Barclays.

The banking woes of crypto exchange Bitfinex and stablecoin issuer Tether are even more legendary, and these struggles have contributed to rumors and theories that one or both of the two firms had been manipulating the bitcoin price or otherwise engaging in nefarious activities in the crypto markets.

Thankfully, smaller institutions like Silvergate Bank have begun to fill the void for cryptocurrency firms, willingly taking on more perceived risk to capitalize on a market largely shunned by the bigger players. Moreover, the state of Wyoming recently passed a bill that will allow the creation of new “Special Purpose Depository Banks” whose purpose is to provide financial services to blockchain companies.

As bitcoin enters its second decade and continues to mature into a mainstream asset, regulators and bankers will hopefully begin to view the burgeoning cryptocurrency industry with less skepticism, enabling startups to obtain access to essential financial services.