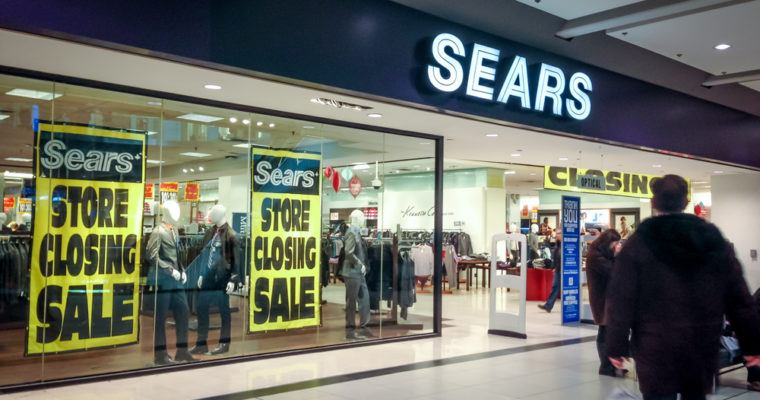 One of the most storied companies in American history may have just days left to live, as Sears Holdings Corp has rejected Chairman Eddie Lampert’s takeover bid and intends to proceed with liquidation proceedings.

Lampert, via his hedge fund — ESL Investments — had cobbled together a $4.4 billion offer for the 126-year-old retailer, but Sears has reportedly rejected that offer. According to Reuters, the retailer will ask the judge overseeing its bankruptcy proceedings for permission to liquidate its assets, the final nail in the coffin for the “Amazon of the 1930s.”

CCN previously reported that Sears was on life support heading into the New Year, with a bid from Lampert and ESL being the last thing standing between the 20th-century icon and liquidation.

Always a long-shot, Lampert’s offer fell short of advisors’ expectations, and though ESL intends to protest the decision, the future of the company’s remaining 400 retail locations — and the firm’s 68,000 employees — is grim.

Once the largest retailer in the United States, Sears failed to adapt to changes in consumer spending behavior, particularly the rapid shift to online shopping and the ascent of Amazon, whose e-commerce platform is often compared to the once-ubiquitous Sears mail-order catalog.

And while some retailers, like Walmart, took steps to nimbly navigate the industry’s entry into the digital age, Sears clung to its brick-and-mortar heritage for far too long. The firm, which had not turned a profit since 2010, had already closed around 40 percent of its nearly 700 locations since filing for bankruptcy protection in Oct. 2018.

While Lampert and ESL sought to keep Sears afloat, creditors had been keen on the firm’s liquidation so that they could recoup at least some of what they are owed. Given that Lampert had overseen the final years of the company’s demise, it’s likely they do not have confidence that he would right the sinking ship.