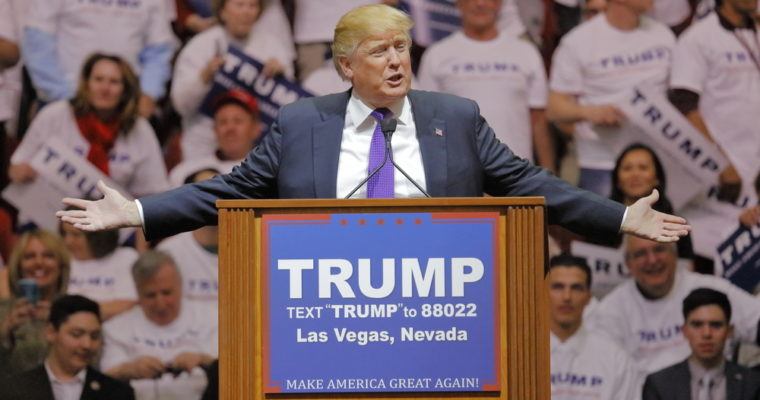 US President Donald Trump has tweeted a brief, positive, update on the trade talks with China but was still poking at the Federal Reserve this morning. This despite the interest rate hike pressure appearing to be off for the stock markets.

The stock markets appear to be recovering from recent hits. But, trade and tariff resolutions with China could trigger a major rally. The outcome of today’s talks with China could provide serious impetus and while the markets wait, Trump tweets:

Of course, the replies to Trump’s tweet range from disbelief to wonder if that means Trump found China on the map, or if he’s trying to rally the markets on words alone.

The markets are opening up on confidence in the outcome of the talks. Early indications were of a 200 point rise the Dow on opening. Maybe Trump’s well-timed tweet triggered the actual 255 point rise on opening and the now 300 point rise. The S&P 500 and Nasdaq also opened on a positive note and European equities markets jumped.

Officials from the US and China continue to discuss trade woes today. A formal announcement could happen later.

I believe we will release a detailed readout after they are concluded.

Some analysts are not so hopeful, with MRB Partners writing:

The U.S.-China power struggle will persist for years, but both economies are now slowing and neither government has the latitude to pursue policies that could threaten to trigger a global recession.

China has already made some concessions to the US, which is keen to ensure China operates a fair market for US companies and keeps any promises it makes. Ross also said:

The real issue is what are the enforcement mechanisms, what are the punishments if people don’t do what they were supposed to do.

The current talks will conclude today, but more are set for coming weeks.  The target is a final resolution in March.

It’s not just the economic effect of tariffs that is causing market uncertainty. It’s the uncertainty of how the negotiations will progress that’s causing investors to hold back.

Federal Reserve Took the Pressure Off, But Trump’s Not Done with Powell

Federal Reserve chairman Jerome Powell promised to be “patient” in regard to future rate hikes late last week — a loaded word that translated into a green light for the stock markets. Many experts and analysts now don’t expect any further interest rate hikes for 2019. However, Trump was still on the topic this morning:

Economic numbers looking REALLY good. Can you imagine if I had long term ZERO interest rates to play with like the past administration, rather than the rapidly raised normalized rates we have today. That would have been SO EASY! Still, markets up BIG since 2016 Election!

Trump’s not done with Powell yet, but the Fed chairman isn’t deterred. Powell said last week he wouldn’t resign even if asked. Indeed, the role of the Federal Reserve is to remain an independent force to balance the US economy.

Analysts are also watching technology stocks closely. Netflix appears to be breaking away from its FAANG counterparts with a roaring start to 2019, but Apple and now Samsung have revised sales forecasts downwards.