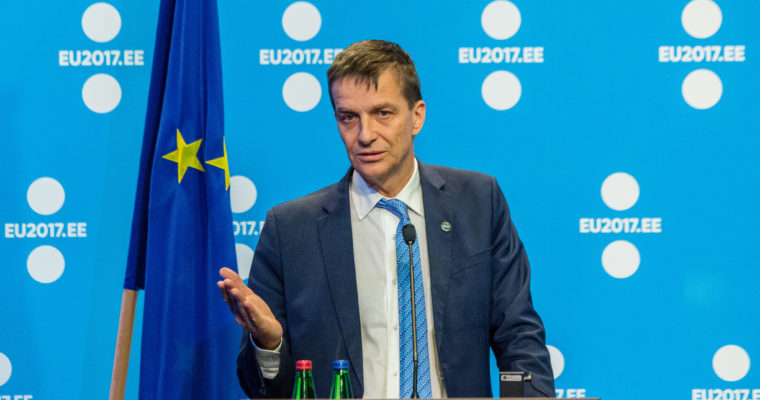 Bitcoin and other top cryptocurrencies have just started recovering from their 16-month low. But a reputable member of the European Central Bank’s governing council believes that there is more room for collapse.

Ardo Hansson, the governor of Bank of Estonia, has claimed that cryptocurrencies would die as a complete load of nonsense while speaking at “5 Years with the Euro” conference in Latvia. The policymaker assured that the bubble has already started to collapse and it should continue to do unless the market reaches “a new kind of equilibrium.”

In 2017, interest in the digital currency space snowballed into a violent purchasing spree as its market capitalization soared above $813 billion. It then plunged last year to as low as $100.96 billion, leading to a wipe-off of almost 86 percent of the digital assets. Those who got in and out timely made huge bucks. And those who didn’t exit suffered.

“I think we will come back a few years from now and say how could we ever have gotten into this situation where we believed this kind of a fairy-tale story,” said Hansson.

No Risks to Financial Stability

In one of his earlier statements at the beginning of 2018, when Bitcoin was soaring near $19,000, Hansson had compared the crypto euphoria with a real bubble that may be worse than the Tulip mania of the 17th century. The US-born economist in the same breath had cleared that cryptocurrency bubbles would not pose risks to financial stability.

Hansson repeated his concerns over the growing relationship between the regulated financial sector and virtual currencies. He warned authorities of the potential risks posed by the new asset class if “grandmothers start investing” in them.

Hansson didn’t mention Bitcoin while asserting his views about the crypto bubble which was very unlikely of a chief economist. A section of mainstream and crypto media has already picked Hansson’s statements as anti-Bitcoin which appears unconfirmed.

CCN is attempting to reach Hansson’s office for more clarity over his stance on Bitcoin. We will update this article as soon as we receive a response.