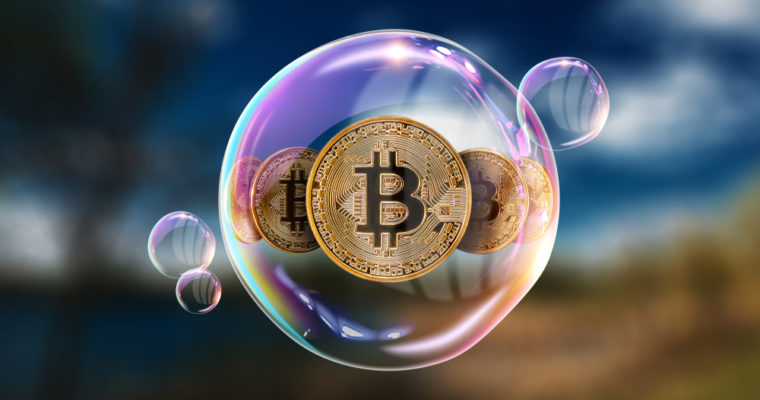 One year ago today, the crypto bubble reached its fever pitch before the inevitable crash that occurred throughout the remainder of 2018 and has lingered into the new year.

Crypto Market Down 84% on Anniversary of All-Time High

According to CoinMarketCap, the cryptocurrency market cap — which measures the combined notional value of all cryptocurrencies — reached $835.7 billion on Jan. 7, 2018 at approximately 11:17 UTC.

That meant that, at least on paper, cryptocurrency as an investment class was worth more than Facebook and Twitter — combined — as well as the narrow money supplies of all but eight countries.

Today, however, the cryptocurrency market cap sits at just $136.3 billion, representing an approximate decline of 84 percent. Even more remarkable is that this occurred even as the number of crypto projects tracked by CoinMarketCap has swelled to 2,086.

Notably, the cryptocurrency peak occurred several weeks after market bellwether bitcoin first fell into decline. The introduction of bitcoin futures in mid-December seems to have punctured the bitcoin price bubble, as the flagship cryptocurrency peaked near $20,000 just days after its futures contracts began trading on regulated US exchanges CBOE and CME.

However, that capital did not flow out of the cryptocurrency markets, at least not at first, because the altcoin bubble continued to inflate at a wild clip through late December and the first week of 2018.

That bubble was largely driven by the price movements of ripple (XRP), which became the poster child for retail-driven speculation even as its backers sought to market it as the suit-and-tie cryptocurrency built for banks and other financial institutions.

Ripple was particularly popular in the South Korean market, where the “Kimchi Premium” drove the token’s global average as high as $3.84. On Monday morning, the ripple price was sitting at $0.366, representing a one-year decline of more than 90 percent.

At its peak, ripple — then the second-largest cryptocurrency behind bitcoin — had a market cap of nearly $149 billion, which is more than $13 billion more than the total crypto market cap today.

Needless to say, 2018 was a tough year for investors. However, it wasn’t all bad for the cryptocurrency ecosystem as a whole. The bear market forced investors to eye projects with greater scrutiny, and regulatory crackdowns have all but killed the initial coin offering (ICO) market but will hopefully result in new legislation that promotes true innovation while protecting investors from fraud.

Most importantly, the bear market did not stop developers from continuing to build out the technologies that will help bitcoin and other cryptocurrency networks scale to accommodate mainstream adoption, whenever that does arrive. The Lightning Network (LN), for instance, has continued to see its total capacity grow, despite the fact that the bitcoin price has been in decline. Moreover, the median bitcoin transaction fee has fallen to a more than three-year low, even as the network processes about 75 percent more payments on a daily basis than it did the last time fees were this low.

That’s not to say the work is complete. Fraud is still far too common in the crypto industry, and many much-hyped applications of blockchain technology have yet to demonstrate to utility compared to their centralized counterparts. And somehow, $700 billion in losses later, many projects still seem overvalued. (Dentacoin — “The Blockchain Solution for the Global Dental Industry” — has an implied market cap of $64.9 million.)

Nevertheless, as investors await the next great bull run, the industry will hopefully emerge from Crypto Winter as a more mature ecosystem, one better prepared to establish itself as more than a passing fad.