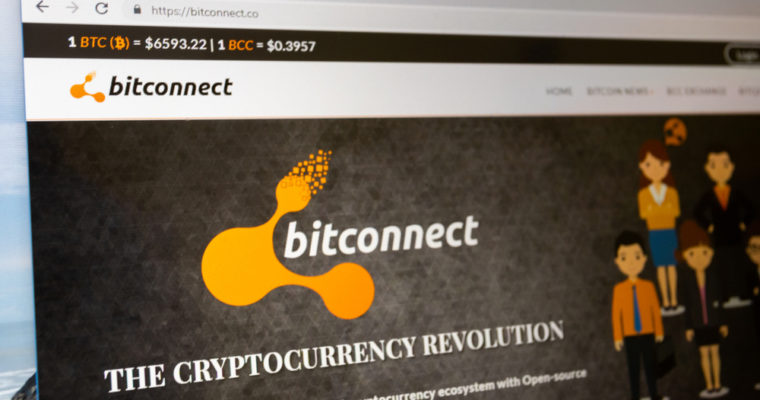 John Bigatton, the only representative for BitConnect Australia, has had his assets frozen by the  Australian Securities and Investments Commission (ASIC), functions very similarly to the Securities and Exchange Commission in the United States. Bigatton can’t travel, as part of the ongoing investigation.

In the video below, Bigatton celebrates with BitConnect victims as cash rains to a Star Wars theme.

Bigatton is also a director and shareholder in BitConnect International. BitConnect as a whole is under investigation by several international bodies, including the FBI in the US. People like Trevon James, a notorious Bitcoin pumper who remains active on social media promoting and discussing cryptocurrencies, are the target of investigations in the US.

Bigatton must divulge all of his assets to Australian federal authorities. This includes his cryptocurrencies and any exchange accounts. As the Sydney Morning Herald wrote:

ASIC launched action to freeze Mr Bigatton’s assets in December. On ASIC’s request, Federal Court justice Michael Gleeson issued orders for Mr Bigatton to disclose all bank accounts, “a list of the locations of all cryptocurrencies” held by him and any escrow accounts holding any crytocurrencies.

Bigatton has been a registered financial advisor and had multiple affiliations within that industry. The disgrace of the BitConnect collapse puts a damper on his career. According to a class action lawsuit filed in Florida, BitConnect promoters promised investors up to 40% returns.

Bigatton is still listed on the “About Us” page of a company called Wealth Synergy.

A company called “JB’s Investment Management” is also part of the ASIC movement. Clearly, the JB stands for “John Bigatton.” However, this company has one shareholder and director – Bigatton’s wife, Madeline.  As part of their actions against him, ASIC also froze all assets related to JBIM. This is where the story gets interesting.

Last March, Madeline Bigatton went missing. Police are currently treating it as a missing persons and potential homicide case. Details may emerge in the future which tell a different tale. Possibilities include her potentially absconding with cash assets and installing herself abroad as part of a strategy. Either way, she’s essentially a ghost as far as authorities are concerned.

John Bigatton’s not a current suspect in the case.

Before her disappearance, Madeline Bigatton went on record as defending her husband. She said:

It really cuts me up as John doesn’t have a single bad bone in his body and would only be involved in something if he truly believed it would be a positive impact in people’s lives.

In the days after her disappearance, John Bigatton did not seem disturbed. He posted this family selfie on Facebook:

Investigations and lawsuits surrounding BitConnect continue. Such things take years, not months. The best outcome would be that Mrs. Bigatton is found alive and well, BitConnect investors are re-compensated, and those who require justice receive it.