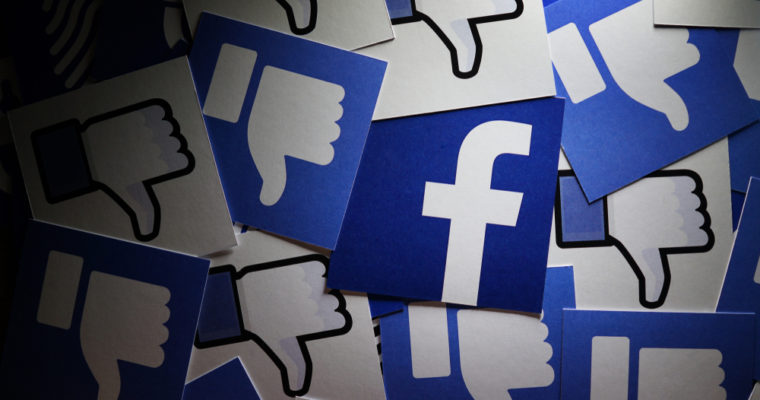 According to an analysis from equity research firm Pivotal Research Group, there is a high probability that Facebook Inc. will have yet another turbulent year in 2019. The research firm lowered the price target of Facebook’s stock from $125 to $113, reducing the social networking giant’s downside potential from its close on Friday by 18%.

Last year was rather eventful for Facebook, as it had to deal with multiple data breaches and the looming prospect of regulation from the government. Pivotal argues that the imposition of strict regulatory measures was inevitable, but was unsure of the form it would take.

Brian Wieser, a Senior Analyst at Pivotal Research, spoke to Bloomberg on why the group slashed Facebook’s price.

The list of problems the company is grappling with is vast, including complicity in genocide, enabling social and political instability in different countries around the world, the unwitting sharing of consumer data and antagonized legislators in the US, the UK, Europe and beyond.

Wieser, who is known for predicting troubles for both Snap Inc. (the parent company of Snapchat) and Facebook in 2018, also anticipates significant managerial changes to the leadership of the company. He said the increased level of scrutiny and imminence of regulations in 2019 makes it ”difficult to imagine that the company’s Board will allow a status quo for the Chairman, CEO and COO roles.”

In contrast, Pivotal Research predicted even more growth and a stock surge for Amazon, anticipating that the company is on track to be a “third force” in advertising — behind only Google and Facebook.

Wieser spoke on Pivotal’s coverage of Amazon’s stock, adding that the firm has set the retailer’s stock price at $1,920 for the end of 2019. This will represent a 22% increase from the e-commerce giant’s closing price of $1,575.39 on Friday.

In a note to clients on Sunday, Wieser said:

Despite its current massive size, we see Amazon’s opportunities as mostly unconstrained based on a successful track record of capitalizing on consumer and IT department spending.

Amazon’s potential for advertising has been seeing consistent growth, and Wieser believes the retailer’s advertising division is growing much faster than any of the company’s other revenue streams. The analyst said Amazon was able to generate $9 billion in advertising revenues for 2018, with the bulk of that income coming in from the United States.