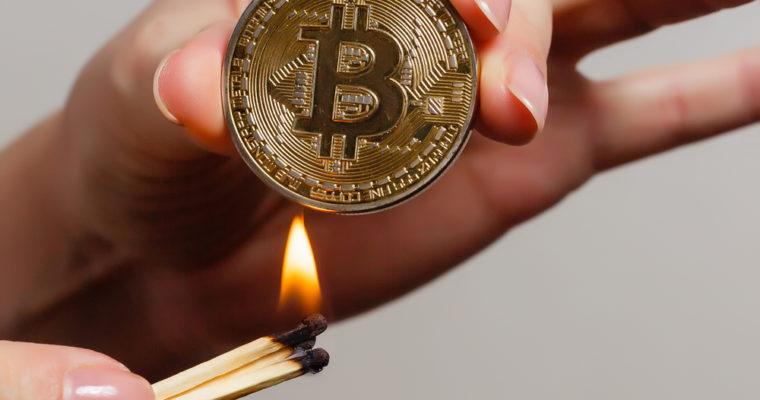 A bitcoin exchange in Singapore reported on January 3 that on New Year’s Day their data center experienced a “fire.” Fears of an exit scam began to mount. According to them, this fire results in 7% of users losing access to their accounts. The events coincided with the first annual Proof of Keys event. BiteBTC.com wrote on January 3:

On January 1, 2019, a fire occurred in the data center where the exchange servers are located, as a result of which part of the data on the main and backup servers was destroyed.

All crypto coins wallets are safe, but we need time to restore the balance sheets and trading history of about 7% of traders from earlier backups.

We ask to fill in the form to the support service with the indication of your recent transactions and operations with wallets.

We apologize and ask to treat this situation with understanding.

They provided no further evidence of this data center fire. Evidence might have included a local news report, a police report, anything. They simply asked the users to be patient and trust them. Too many traders have seen this sort of thing before.

CCN learned of these events when a petrified user wrote to us.

Not sure who to talk to about this. Bitebtc.com closed its doors and stole everyone’s coins, even mine. I had a lot with this exchange. I’m in tears right now. I cannot log into their website at all.

I have lost about 2 bitcoins. I’ve never been this sad. How can an exchange based in Singapore steal $67 million and disappear ?? I filled out the form on the contact us page as requested in their latest news update with the fire. I sent that Jan. 3, after visiting their website that day when I tried to sign in and realized the system continuously said I did not have an account on there. That’s when I knew. I clicked ‘News’ on their header section and seen the latest news of the fire that apparently took place. I have not heard from bitebtc.com yet and I do not think I will. This is not fair at all.

CoinMarketCap.com has updated the page on BiteBTC with the following message:

This user is just one of many. The exchange launched in January of 2018. At time of writing it is ranked 35th in the world by volume. However, increasing reports and evidence illustrate that reported volumes may not be trustworthy. Several users on Twitter have been complaining about the outage:

more than 24 hours didnt get answers in mail support, what should i do? .

i will sue the legal authorities in singapore.its been 5days since our account and assets have been https://t.co/4NKE9NAdjj are a SCAME.

As soon as we received word of these events, CCN wrote to the exchange. We wanted to know when this “7%” of users could expect to have access to their accounts restored.

It would be preferable to report that an exchange was doing the right thing.

Sadly, we must instead report that we also have not heard back from them. Our confidence is about the same as our anonymous informant’s.

The question arises: where is all this volume coming from? Again, exchanges are known to fake volume. But one has to wonder: are new people signing up for the exchange? CCN learned that it’s possible:

Proof of Keys is an event fomented by longtime Bitcoin investor Trace Mayer. It reminds exchanges of the importance of solvency and that Bitcoin belongs to its owners. It also encourages Bitcoiners to remember that they only truly own the Bitcoin for which they possess the keys. Some exchanges were said to be “failing” the event.

BiteBTC has failed spectacularly. The question of solvency is only one that needs to be answered.

The question of timing is interesting. They claim that the data center fire took place on January 1, but users did not start experiencing account access issues until January 3, which is also when the exchange reported the “fire.”

When you are handling millions of dollars of other people’s money, someone has to work on New Year’s Day. That seems obvious. Did they conveniently report the fire on the day when they, and every other cryptocurrency exchange, could reasonably expect a percentage of their users to make withdrawals?

Another question is that of their markets themselves. At time of writing, BTC/USD was trading about $300 higher than elsewhere. This is a tactic used by scam exchanges in the past to encourage users to make deposits.

Users are still able to create new accounts. New users can sign up for accounts. Old users cannot access their accounts. If the situation continues, it’s a classic Ponzi scheme.

CCN will report back as details become available. We intend to contact local authorities regarding the validity of the “data center fire,” for one thing.