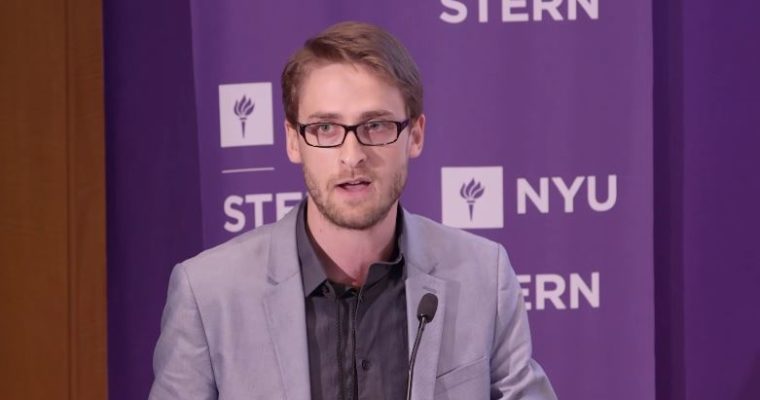 Placeholder co-founder Chris Burniske says the mainstream has forgotten about bitcoin. However, that’s not something to be upset about — it’s a normal phase of crypto’s development into a market-ready technology.

Burniske likely refers to the media outlets who have stopped reporting on the crypto industry and also to mainstream investors disheartened by the so-called Crypto Winter. Many also hoped bitcoin and the cryptocurrency market would see a huge trigger for new adoption. The anticipated bitcoin ETF approval by the U.S. Securities and Exchange Commission (SEC) hasn’t happened yet. Institutional money inflow hasn’t accelerated as expected, and retailers are still holding back their acceptance.

The mainstream has almost entirely forgotten about #bitcoin again.

The author and venture capitalist agreed with his followers that bitcoin’s timeout phase has given crypto proponents time to focus on quality projects. It’s also served to sift out some of the wheat from the chaff as less credible projects fall out of the space without a bitcoin boom to propel them.

I don’t necessarily think that’s a negative. Allows individuals who focus in the space to continue to develop products, valuation methods, and overall knowledge

Burniske believes we’re still in an installation phase, and the best is yet to come.

I don’t say this to dishearten us. Quite the opposite.

We remain in the “installation phase” of #crypto (image: https://t.co/8oOws39TaS), where the primary users are developers & investors.

There is so much left to build and promise to be realized, which is massively exciting! pic.twitter.com/9pfy5MmJ1k

Here’s a “market curve” illustration from an article published by another investor, Doug Pepper, some time ago.

Most interesting is this curve compared to Amazon’s stock price performance.

It was a similar story for the internet, which for some time in the early 2000s didn’t live up to market expectations. Look at the internet today, could the world function without it? Pepper uses a further example, mobile computing, which struggled for a time despite investment. Steve Jobs triggered a “liftoff” phase with the introduction of the iPhone in 2007 and the subsequent launch of the App Store.

New technology markets tend to follow a pattern of hype, reality, and then sustainable growth. Bitcoin, cryptocurrency, and blockchain are unlikely to be any different. This pattern doesn’t just apply to new technology markets. Take a look at the price of gold over the last 100 years.

First, there must be broad adoption of core underlying technologies that support the market. Second, there needs to be compelling reference applications to drive mainstream adoption. Finally, there must be a pioneering company, typically with a charismatic leader, that leads the market out of the trough.

Crypto’s underlying technology is certainly being adopted, and at a far faster pace than cryptocurrency itself. That’s not a bad thing — blockchain will be ready to support cryptocurrency when cryptocurrency is ready for mainstream adoption. The momentum of the two, including steady, increased, usage will compel them through the second stage.

Right now, the cryptocurrency market just needs a pioneer for “liftoff” — a trigger for mainstream cryptocurrency adoption. That could be the long-awaited bitcoin ETF, it could be Ethereum’s delivery of scale. It could be TRON’s BitTorrent, Brave’s browser, or even Facebook’s WhatsApp cryptocurrency. It might also be a big bank really getting into crypto. Or, it could be something new entirely.