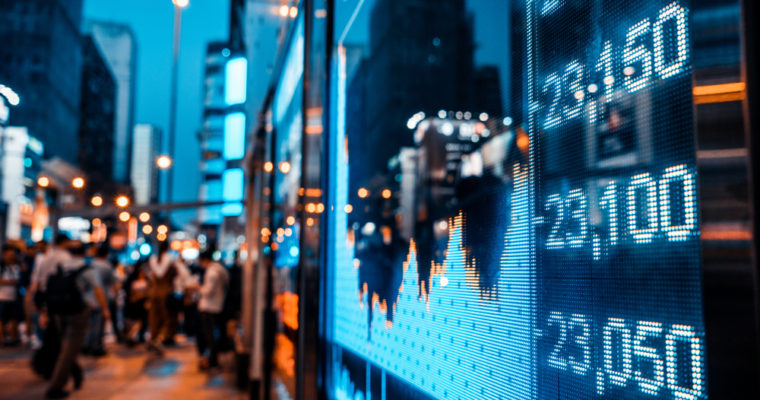 The US economy will plunge into a recession in 2019, thanks to overreach by the Federal Reserve — which raised interest rates for the fourth time in 2018. That’s the sobering assessment of Canadian economist David Rosenberg, a strategist with Gluskin Sheff, a Toronto investment firm.

“The market is behaving as it did during the worst collapse for the market since 1929 and/or the worst recession since the Great Depression,” Rosenberg wrote at Business Insider. “The Fed is over-reached.”

To paraphrase Warren Buffet: ‘If this isn’t a bear market, then what is it?’

Rosenberg admits that he has a history of making bearish market predictions. In 2017, he projected that the US economy would melt down in 2018 —  but that never happened.

So he’s back to the drawing board and has dusted off his old forecast to use again in 2019.

Rosenberg — who is not a fan of President Donald Trump — agreed with his recent smackdowns of the Federal Reserve, which raised interest rates in December 2018, just three months after hiking them again in September.

“The Fed actually had the temerity of raising rates on December 19 even though, since the prior tightening in late-September, financial conditions in aggregate had tightened 125 basis points,” he wrote.

The Fed has already overshot neutrality in our view, and there is a risk it will not ease as quickly as we think.

The [Jerome] Powell Fed is determined to burst all the market bubbles created under the [Benjamin] Bernanke era and then nurtured in [Janet] Yellen’s short tenure.

In contrast, the Fed hiked rates just once during Barack Obama’s eight-year presidency.

As a result, David Rosenberg is doubling-down on his earlier assessment that a recession looms on the horizon.

“We’ve got more than 80 percent chance of recession just based on the fact the Fed is tightening policy,” he said (see video).

The Dow Jones Industrial Average closed today (Jan. 4) at 23,433, up 747 points.  The market surged on a blowout jobs report showing that the US economy added far more jobs than expected in December.

Nevertheless, Rosenberg insists that a major slowdown is around the corner, thanks to the Fed’s manipulation of interest rates.

The Dow was also buoyed by statements from Fed chairman Jerome Powell, who said the central bank will be more careful before raising interest rates in 2019.

While two more rate hikes are projected this year, Powell vowed to be “flexible” and sensitive to how repeated rate hikes could affect the market.

“We’re listening carefully with – sensitivity to the message that the markets are sending,” Powell said Friday. “And we’ll be taking those downside risks into account as we make policy going forward.”

Powell was widely slammed after the Fed hiked interest rates for the fourth time in 2018, causing the stock market to tan and fueling imminent fears of a recession.

The move prompted retired US Congressman Ron Paul — the father of incumbent US Senator Rand Paul — to reiterate his calls to abolish the Fed.

Ron Paul said the Federal Reserve should let the free market dictate interest rates instead of artificially pumping them up or down.

“The Fed has no idea what rates should be,” Paul tweeted. “The Fed manipulates prices, distorts the economy, and makes decisions by looking at the ‘data’ of a distorted economy.”

Central planning produces a world of economic delusions. America needs to get back to reality. End The Fed!

Paul — a bitcoin skeptic turned proponent — said the only way to avoid a Fed-created recession is to let people use tax-free crypto.