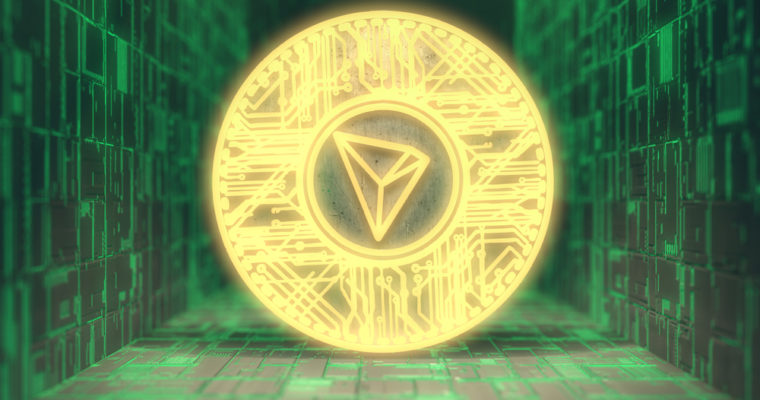 After a continuous flow of positive news from the TRON Foundation, the TRX coin is outpacing the rest of the top 35 currencies with 24-hour growth of over 7%. Bitcoin (BTC) is up less than 1% today.

TRON has reported anything from achieving major blockchain milestones to an ever increasing number of dApps on its chain in recent weeks.

What might be triggering TRON’s current rise, however, is that BitTorrent will sell its token on the Binance Launchpad. The TRON Foundation and founder Justin Sun acquired the BitTorrent platform in June 2018. At the time the acquisition propelled TRX upwards 17%.

In October TRON announced Project Atlas, its plans to add blockchain and blockchain-based tokens to BitTorrent and its 27 million strong user-base.

Such an honor to be at the heart of the United Nations and witness the innovations of @binance and @tronfoundation. These #blockchain innovations support the @UNDP, facilitate reaching sustainable development goals, and contribute to global awareness around charity. $TRX #TRON pic.twitter.com/9VIgkgGTN6

The TRON Foundation at the time committed a donation of $3 million to Binance’s Blockchain Charity Foundation (BCF).

In recent days it has emerged that a BitTorrent token will be one of the first projects on Binance’s token creation platform Binance LaunchPad. Calling the BitTorrent development “game-changing,” Binance wrote:

“BitTorrent’s protocol is empowering a new generation of content creators with the tools to distribute their content directly to others on the web. BitTorrent’s new BTT token will allow BitTorrent peers to incentivize activities that lead to better file sharing, like using faster networks and enabling longer seeding periods.”

You missed our livestream about @BitTorrent‘s new token $BTT? Here is a recap for you! Visit our website to learn more about the token and its crowdfunding on #BinanceLaunchpad @binance https://t.co/3fynN3azKW pic.twitter.com/AaoRAUcuyh

Though BitTorrent will have its own token BTT and no real connection to TRON’s TRX it seems obvious that cryptocurrency investors are inspired by the progression of BitTorrent tokenization. Thus, putting their confidence into TRX.

TRON has been steadily publishing details of the BitTorrent token and planned airdrop on its Twitter feed.

Tron had reached all the milestones it had set out to achieve for 2018.

I will be happy with being 5th or 6th, but will not complain about being 4th for sure. 😁 pic.twitter.com/EIcVfYga6y

The TRON blockchain ecosystem also has plenty going on to inspire investors. It achieved over 1 million user accounts in just over six months. It now has more than 80 dApps, within two months of launching the TRON Virtual Machine and smart contract functionality. And, TRON’s development team grew from two engineers to over 40 in less than year. It’s also just drawing to a close the application stage of its TRON Accelerator program for aspiring dApp projects.

Ambitious founder Sun wants to break into the top 4 cryptocurrencies by market capitalization this year. If TRON can hold its momentum it has as much chance as any.  The blockchain isn’t without its critics though. Ripple and Stellar co-founder Jed McCaleb called TRON “garbage” this week. Sun, and others, responded.