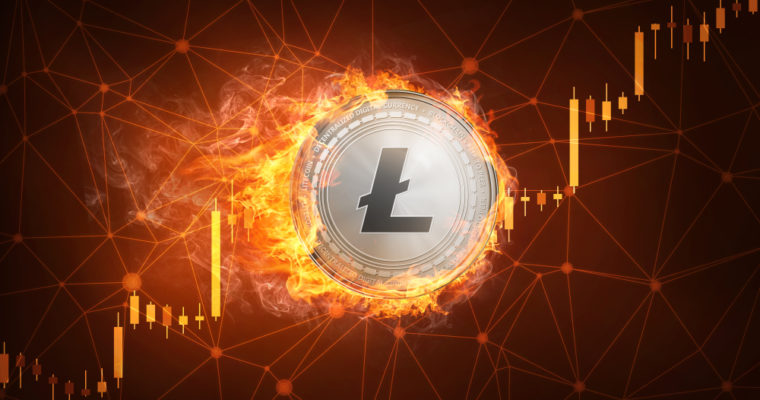 Litecoin on Saturday surged more than 11 percent against the US dollar, setting a fresh 2019 peak.

The litecoin-to-dollar rate established an intraday high at $37.539 on a bounce from near-term ascending trendline support. The “digital silver” cryptocurrency since December 27 was consolidating inside a strict range much like its peers across the crypto-board. The renewed buying sentiment came three days after OKEx, a famous cryptocurrency exchange, launched ethereum and litecoin perpetual swaps.

On the day of the announcement, litecoin had attempted a straightforward rally that fizzled near $34.962. Ethereum, like litecoin, also marked an impressive upside action on the same day, clarifying that traders went bullish on the OKEx news. Now the impact of the announcement could eventually evaporate as litecoin overreaches its interim bullish target – at least, fundamentally, as happens every time after hyped-up rallies in the crypto market. But how the price action is hinting to play technically, let’s find out.

The litecoin price is forming a pattern structure defined by an ascending triangle. A broader view of the pattern also reveals the completion of an inverse head and shoulder pattern with $34.962 acting as the neckline and $37.539 as the interim breakout target. Both the pattern structures point to a decent accumulation scenario on a 4H chart, as the litecoin price is also trending above it’s 50 and 200-period moving average.

At press time, litecoin is forming a red candle as a sign of a pullback scenario in the coming hours. If that happens, a retest of the lower ascending trendline of the triangle would be likely. It could be a decent short opportunity towards the line, which could be extended further towards the 200-period moving average (depicted in red) if the pullback action extends.

An impending breakout above $37.539 will dictate the direction of the next upside move, which could be towards $44.961, the resistance level from November 15, the day bitcoin cash got split. It could be a good long opportunity for day traders providing they maintain their stop-loss 1-pip below the level from where they will enter their upside position. A further breakout and all eyes would be expected to fall on $50, a psychological bullish target.

The RSI momentum indicator is hinting a pullback scenario. In an ideal situation, we could see litecoin consolidating between $34.962 and $37.539 as bulls await another accumulation round.