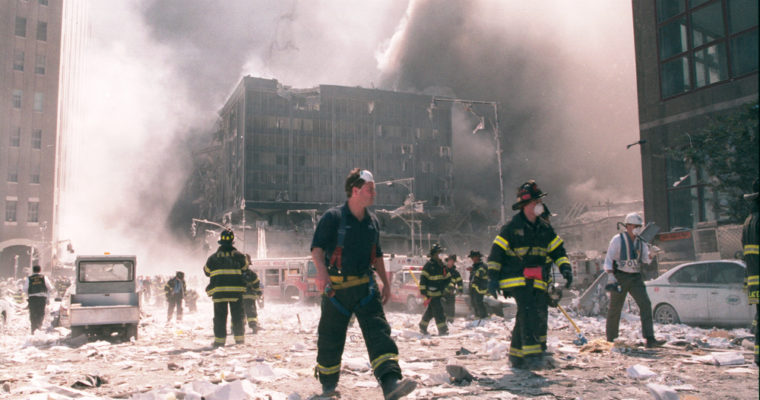 A group going by the “thedarkoverlord” has been threatening to release 9/11 papers in lieu of a Bitcoin ransom. They demand a huge sum of money in Bitcoin. $2 million, to be exact, to either release or withhold the documents. They claim to have hacked several insurance companies with confidential information crucial to the events of 9/11/2001.

CCN previously reported on the group. As Jimmy Aki wrote:

A spokesperson for the Hiscox Group gave confirmation of the hack, stating that the hackers had been able to gain access to the confidential files of a law firm that advised the company and had most likely gotten litigation files that were related to the terrorist attack.

Twitter has suspended their account. They moved to Steemit, a blockchain-based censorship-resistant social media platform. Since their initial announcement, they have received more than 3 bitcoins from the public. The first “level” and a few “checkpoints” are now publicly available.

Not Hacktivists, All About The Money

The hackers explicitly state that they don’t actually care about the truth. The 9/11 papers themselves are just a vehicle to get money. The group prefers payment over public release. They say:

Consider our motivations (money, specifically Bitcoin), we’re not inclined to leak the juiciest items until we’re paid in full. However, in the interest of public awareness and transparency, we’re officially announcing our tiered compensation plan. Below, we’ll announce the required cost to release each layer of damaging documents that are filled with new truths, never before seen.

Preview_Documents.container – Free, we released the key to prove authenticity of our claims.

There are various “checkpoints” along the way. Accordingly, since the public has contributed over 3 BTC, a couple of checkpoints beyond layer 1 have already been reached and documents have been released. The majority of the money was contributed in one transaction.

9/11 truth-seeking is still a big interest in American culture. Potentially hundreds of thousands of people do not believe the official story. The 9/11 papers are of interest to lots of groups. The terrorist attack in New York City and Washington DC marked a turning point in American history.

Previous to that, travel within and without the country was relatively easy. One could go to Canada or Mexico without a passport. The TSA was established as a result of 9/11. Today it costs absurd amounts in terms of productivity and time. Other changes like the USA PATRIOT Act, which allowed some warantless wiretapping of US citizens, followed.

Yesterday, they announced the unlocking of Layer 1. Those with an interest can get the key through their Steemit blog. They already have hundreds of followers, and many of their posts have been upvoted quite a lot. Some of their posts are less interesting, like this one, which one user described:

This is celebrity garbage, nobody gives two bits of shit about these people ( i have no clue who any of them are) – bring the realness. I’m willing to wait and see but dropping this is in no way comparable to the Snowden’s leaks as you claimed previously.

At this point in history, it’s hard to tell what impact full knowledge of the 9/11 events would have on society. Arguably, by and large our institutions and people have adapted to the change in security culture.