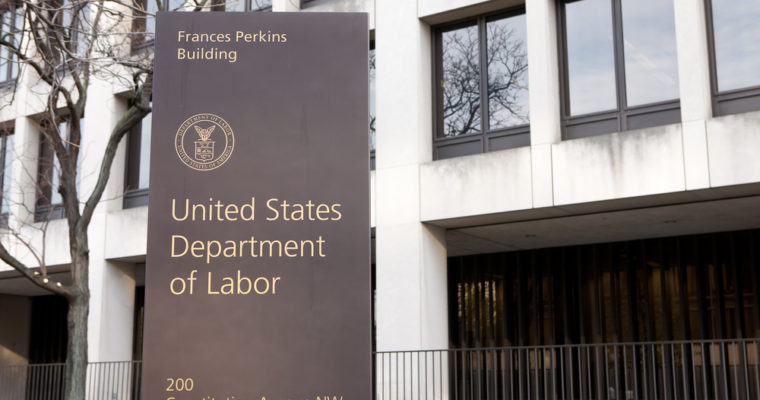 U.S. employers added more workers than expected in December, capping off a strong year of job creation for the world’s largest economy.

December Hiring: By the Numbers

Nonfarm payrolls increased by 312,000 in December, the highest since February, the Labor Department reported Friday. The unemployment rate rose to 3.9% from a five-decade low of 3.7% as more workers entered the labor force. Economists polled by Bloomberg forecast a hiring rate of 184,000 for the month and for unemployment to go unchanged.

Average hourly earnings, which are a proxy for wage inflation, rose 0.4% on month and 3.2% annually, the highest since 2009.

The official jobs figures are mostly in line with an earlier report from payrolls processor ADP Inc. On Thursday, ADP said private-sector job creation surged by 271,000 in December, easily outpacing forecasts of 178,000.

The U.S. labor market remains on solid footing, as evidenced by nearly a decade of solid job creation and the gradual decline in unemployment. However, for the past two months, jobless claims have risen more than expected, breaking further away from the multi-decade lows reached in September.

Claims, which remain well below the 300,000 mark that usually characterizes a healthy labor market, jumped 10,000 in the week ended Dec. 29 to a seasonally adjusted 231,000, the Labor Department reported Thursday.

Jobs data play an important role in how investors evaluate the economy and the financial markets. Consumer spending accounts for more than two-thirds of U.S. economic activity, which makes a healthy labor market an essential prerequisite for consumption.

The latest batches of retail sales data showed 0.2% growth in November following a 1.1% gain in October. Sales had declined in the two months prior but were up for most of 2018.

The U.S. economy likely expanded 2.6% annually in the fourth quarter, according to the Atlanta Fed’s latest GDP tracker. That’s a slight drop from the prior estimate on Dec. 21. The Atlanta Fed has lowered its outlook slightly on private fixed investment and consumer spending during the quarter.

A preliminary reading of Q4 GDP is scheduled for release at the end of January.

U.S. stock futures were sharply higher ahead of New York trading. Dow futures are up 295 points while the S&P 500 mini contract rose 34 points. Stocks experienced a large selloff Thursday after Apple slashed its quarterly forecast for the first time in over 15 years.