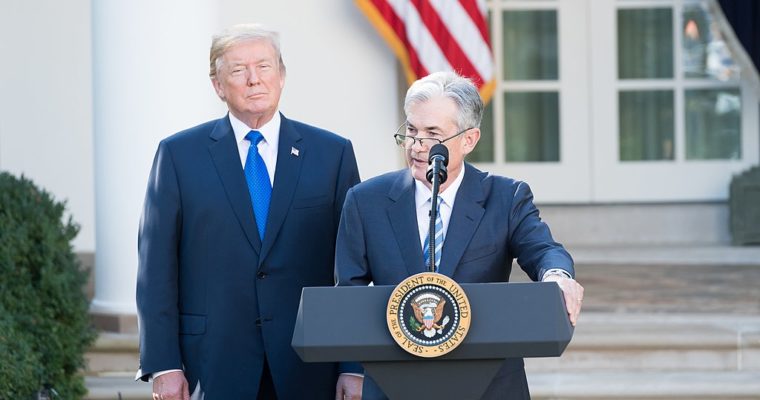 The Dow Jones Industrial Average thrust off its recent bearish trend during mid-day trading on Friday, surging to a 700 point gain after Federal Reserve Chairman Jerome Powell reassured investors that the central bank would take stock market conditions into account when deciding whether to hike interest rates.

Stocks had already been pointing up in pre-market trading, but the rally really set in after Powell said that the Federal Reserve will not pursue a “preset path” for interest rate hikes but will consider their potential impact on the market.

“As always, there is no preset path for policy,” Powell said during a roundtable discussion with former Fed Chairs Ben Bernanke and Janet Yellen. “And particularly with muted inflation readings that we’ve seen coming in, we will be patient as we watch to see how the economy evolves.”

US President Donald Trump had been sharply critical of the Fed’s interest rate policies, blaming Powell for contributing to the stock market’s downturn over the previous several months. Now, though, Trump seems to have found a new foil — or resurrected an old one — as he has turned his attacks to the House of Representatives, which as of this week is controlled by a Democratic majority.