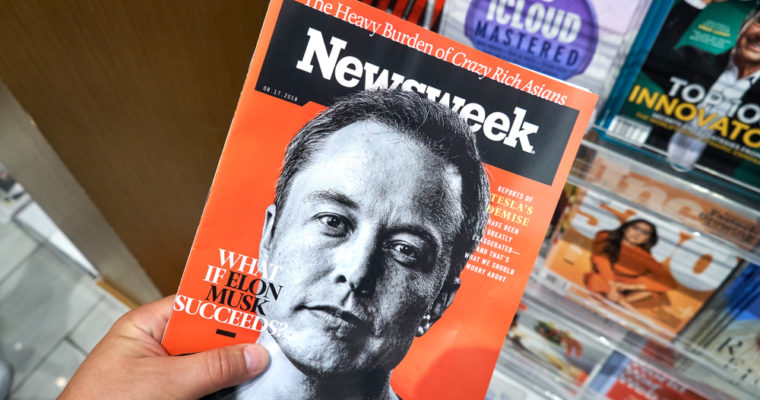 Musk’s lawyer said the move is nothing more than a cheap stunt by shareholders to pressure Musk amid their securities class-action lawsuit.

“It is readily apparent that this is more of an effort to sensationalize these proceedings than a legitimate attempt to preserve evidence,” his attorney Dean Kristy said in a court filing.

Tesla shareholders claim they have a legitimate reason to subpoena Grimes and American rapper Azealia Banks after press reports showed that the three had hung out together on August 7, 2018.

That was the day Musk tweeted that he was considering taking Tesla private at $420 a share — which was a 20% premium to the company’s stock price at the time.

Basically, Tesla investors are trying to dig around to see if Musk was on drugs or otherwise high when he sent his bombshell tweet.

Elon Musk’s lawyer, Dean Kristy, asked the presiding judge to deny the subpoena request for Musk’s famous girlfriend, saying she has nothing relevant to say about his behavior at the time he tweeted.

“Every defendant in every securities class action has a spouse, significant other and friends, but that does not justify discovery of them,” Kristy reasoned.

Musk drew volcanic backlash from Tesla shareholders after sending the controversial tweet, with some questioning his competence to continue leading the company he founded.

The South African mogul fueled more controversy a month later when he went on the Joe Rogan podcast and smoked pot during the live web broadcast.

Elon Musk in one GIF. pic.twitter.com/pLrPYN2tW1

Weeks later, the SEC sued Musk for securities fraud, claiming his tweet caused Tesla stock to spike 6% that day. Tesla shareholders got angry when the fallout from the tweet caused TSLA to plunge in the following days.

The SEC claimed that Musk had made “false and misleading” statements about Tesla without properly notifying regulators about his intentions to take Tesla private.

In September 2018 — a month after he sent the tweet — Musk agreed to pay a $20 million fine to settle the SEC’s securities fraud charge. He also agreed to step down as chairman and take other remedial actions.

In a statement, the SEC revealed that Musk agreed to the following — without admitting or denying any guilt:

LinkedIn Billionaire: Nothing Wrong with Elon

Musk’s former colleague, Reid Hoffman — the billionaire co-founder of LinkedIn — told CNBC that Elon is not unstable or a bad CEO.

Hoffman said Musk’s Twitter rants are merely a way for him to cope with the media’s obsessive negative coverage of Tesla.

“[Elon is focused] three, five, 10 years into the future,” Hoffman said (see video starting at 0:38). “Part of his grit, part of his determination to get to that long future, is to push back.”