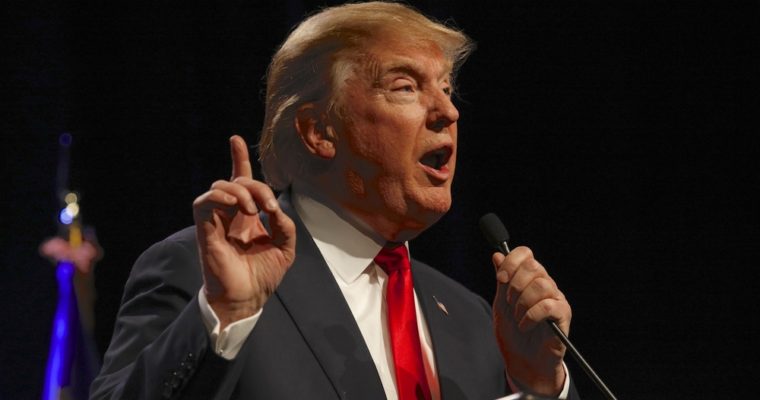 With the Democrats assuming control of the US House of Representatives this week, it seems unlikely that the now-divided federal government will accomplish much of note during the final two years of President Donald Trump’s first term. However, the Democratic House presents Trump with a new foil, one that he has already begun to make use of, blaming them for the stock market “glitch” that has seen that Dow Jones Industrial Average and other indices post their worst performances since 2008.

Writing on — where else? — Twitter, Trump attributed the stock market “disruption” to the Democratic takeover of the House.

“As I have stated many times, if the Democrats take over the House or Senate, there will be disruption to the Financial Markets,” he wrote on Friday morning. “We won the Senate, they won the House. Things will settle down. They only want to impeach me because they know they can’t win in 2020, too much success!”

As I have stated many times, if the Democrats take over the House or Senate, there will be disruption to the Financial Markets. We won the Senate, they won the House. Things will settle down. They only want to impeach me because they know they can’t win in 2020, too much success!

While Nancy Pelosi only this week reclaimed the speaker’s gavel from Paul Ryan, the election took place last November — about one month after the Dow peaked at an all-time high of 26,828.39. Since that Oct. 3 peak, the US stock market has endured a sharp decline, seemingly bringing an end to the decade-long bull run that set in following the 2008 financial crisis.

On Jan. 3, the Dow closed at 22,686.22, more than 15 percent off its all-time high. The Nasdaq Composite Index is more than 20 percent off its peak, which the tech-heavy index had set on Aug. 29. The S&P 500 sat about 16 percent below its high-water market ahead of Friday’s opening bell.

However, contrary to Trump, most analysts attribute the decline to other economic factors, including the increasingly-controversial trade war with China.

Will Trump Ease up on Jerome Powell, Federal Reserve?

Previously — when the Republicans controlled all the levers in the federal government, that is — Trump had set his sights on the Federal Reserve, blaming the independently-run central bank and its chairman, Jerome Powell, for roughing up the market by raising interest rates.

From another Trump tweet, this one published on Dec. 18:

I hope the people over at the Fed will read today’s Wall Street Journal Editorial before they make yet another mistake. Also, don’t let the market become any more illiquid than it already is. Stop with the 50 B’s. Feel the market, don’t just go by meaningless numbers. Good luck!

While some central banking critics found Trump’s criticism of the Fed refreshing, others worried that his one-sided war of words with Powell could escalate into the Federal Reserve chairman’s dismissal. If this happened, they said, it could have disastrous ramifications for both US and global stock markets.

“If he were to actually be stupid enough to do it, it would trigger a massive reaction from financial markets that would be catastrophic to his entire presidency,” said Daniel Alpert, managing partner at investment firm Westwood Capital, in remarks cited in The Hill. “There will be all sorts of hell to pay.”

Of course, one tweet is probably not enough to predict a permanent shift in strategy on Trump’s part, but it could signal a thawing of the president’s icy relationship with Powell and the Fed.