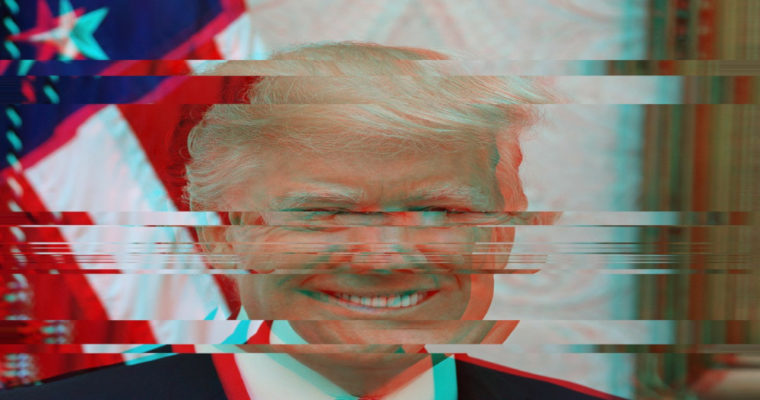 Despite experts naming numerous reasons for the stock market downturn, U.S president Donald Trump has decided it is simply a “glitch.”

Trump also predicts that equity markets will recover as the U.S negotiates trade deals, including with China. Yet trade woes and reciprocal tariffs with China show no real sign of dissipating. This is despite the 90-day tariff truce which began between the U.S and China on December 1, 2018. Reuters Whitehouse correspondent Jeff Mason tweeted:

.⁦@realDonaldTrump⁩ says there was a “glitch” in stock markets last month, but they will go up again as trade deals are made and have a long way (up) to go pic.twitter.com/GKgYEy5oDq

Other Twitter users responded, calling anything from Trump’s Twitter-happy fingers to tariffs, trade wars, and the government shutdown, “glitches.” All these factors have been blamed for December’s stock market slump which saw the S&P 500 falling 9% and conventional markets delivering the worst December performance since 1931.

Trump’s latest comment to hit the press came out of a lengthy cabinet meeting today where he told reporters that negotiations with China were going well. The U.S also has open trade negotiations with Canada and Mexico awaiting approval from congress.

In the last week, veteran trader and UBS managing director Art Cashin directly blamed Trump himself, as well as a lack of calm from the White House, for the stock market sell-off.

Cashin pinpointed the government shutdown and Trump’s attacks on the Federal Reserve in light of plans to once again raise interest rates in the U.S as reasons for the stock markets most recent poor performance.

U.S stock markets opened for the new year one percent down as weak performances in Asia and Europe also fuelled concerns of a global economic slowdown but went on to recover during the day. Reports also indicate that manufacturing activity in China has contracted for the first time in 19 months.

Everybody is terrified that this is a sign of a global slowdown…It was only eight months ago we were talking about synchronized growth and all of that is falling apart.

Finally, we’re starting to see this buy-the-dip mentality creep into the market. It’s because of valuations and it’s because the underlying data has been pretty good so far, albeit a bit softer.

The Trump glitch, or the crash of 2018, wiped $76 billion from the net worth of America’s wealthiest, most of whom are unlikely to agree with the U.S president.