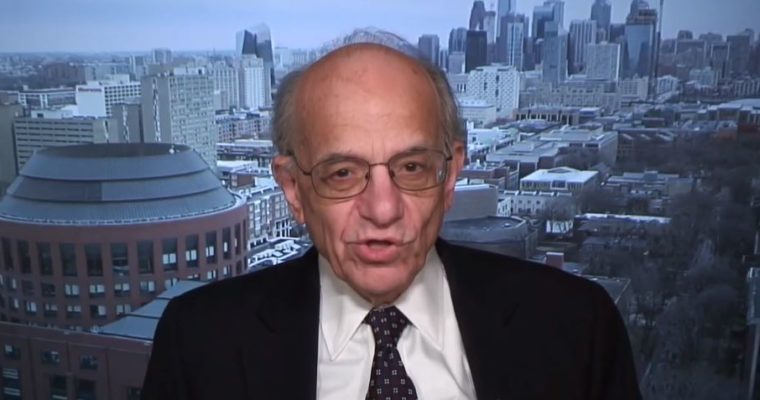 While the US stock market continues to struggle as a result of various institutional and political forces, Jeremy Siegel, professor of Finance at the University of Pennsylvania’s Wharton School of Business, remains optimistic about the state of the market in 2019.

Speaking in an interview on CNBC’s Squawk on the Street, Siegel predicted that equity markets in the United States would have “a good year,” rising in the range of 5 to 15 percent.

We went from a rosy view to now, ‘Oh my God, there’s going to be a recession.’ The truth will be somewhere in between, and that leaves the stock market very attractive now.

Using the current valuations levels, he said that even if there is no growth in earnings this year, the current realities make it a “cheap market.” He acknowledged that a recession could drag the already-battered markets a bit, but he maintained that this wasn’t going to happen.

In an interview with MarketWatch, Siegel said the strength of the American economy and a healthy job market give enough reason to doubt the occurrence of an economic recession hitting the country.

There’s been a wobble here, and that is what the market feels. We’ll be wobbling to a slowdown but not a recession.

Siegel, who is particularly famous for forecasting that the Dow Jones Industrial Average would be above 20,000 at the end of 2015, is predicting that in the near term, bulls will be emboldened by better-expected economic and corporate results.

Last December marked the worst drop for the Dow and the S&P 500 since 1931, as well as the lowest annual return for the three equity yardsticks (also putting the NASDAQ Composite Index into consideration) since the 2008 global financial crisis. Equities also fell in December as investors continued to worry about the partial government shutdown and Federal Reserve interest rate policies.

President Donald Trump has come out to reassure Americans about last month’s market decline, describing it as nothing more than a momentary setback. Speaking to reporters earlier this week, Trump claimed that last month produced no more than a “glitch” in the stock market. He predicted that equities will recover once the United States completes a trade deal with China.