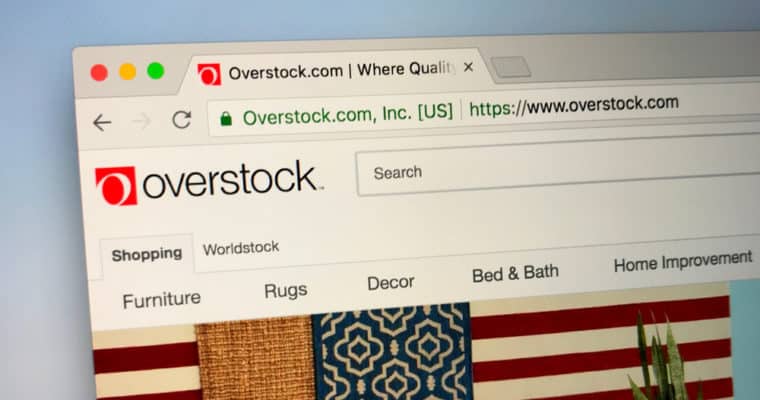 Online retail giant Overstock will become the first major US company to pay part of its 2019 Ohio state business taxes in bitcoin. Overstock — which has a blockchain business division — said the move is part of its ongoing efforts to promote cryptocurrency use.

Overstock CEO and founder Patrick Byrne praised Ohio and its treasurer Josh Mandel for making Ohio the first US state to accept bitcoin for tax payments.

“We are proud to partner with forward-thinking governments and officials like Ohio and Treasurer Mandel to help usher in an era of trust through technology for our nation’s essential financial systems,” Byrne remarked in a statement.

We have long thought that thoughtful governmental adoption of emerging technologies such as cryptocurrencies (when accompanied by non-restrictive legislation) is the best way to ensure the US does not lose our place at the forefront of the ever-advancing global economy.

Overstock will use bitcoin to pay its Ohio commercial activity taxes in February 2019. The company has long been a corporate pioneer for crypto.

In 2014, Overstock became the first major retailer to allow customers to pay for their online purchases using cryptocurrencies.

Overstock: Blockchain is ‘Bigger Than the Internet’

In October 2018, Medici Ventures invested $6 million in Minds, a blockchain-based social media network that claims to be an alternative to Facebook, Twitter, and the Google-owned YouTube that promises strict user privacy and absolutely no censorship.

In November 2018, Patrick Byrne confirmed that he is exiting the retail business to focus exclusively on blockchain because he believes it’s a disruptive technology that will transform the world.

“The blockchain revolution has a greater potential than anything we’ve seen in history,” Byrne said. “It’s bigger than the Internet revolution.”

‘Blockchain Revolution’ Is Bigger Than Anything We’ve Seen in History: Overstock CEO https://t.co/XtuoEW5DHc

However, as CCN reported, Kevin Werbach — a professor at the Wharton School of the University of Pennsylvania — dismissed Ohio’s bitcoin tax payment program as a gimmicky “PR stunt.”

“There is not a particular advantage in paying your taxes with bitcoin today,” said Werbach, who teaches a blockchain MBA class at Wharton. “The state just wants to signal that it’s ‘cryptocurrency-friendly.’”

‘You’re Either Ahead of the Curve or Behind’

Nevertheless, the stunt appears to be working. Across the pond in Europe, Eddie Hughes — a member of the British Parliament — urged the UK government to consider allowing residents to pay their local taxes and utility bills using bitcoin.

Hughes pointed to the US state of Ohio as an example of growing crypto adoption.

UK Parliament Member Wants You to Pay Your Taxes with Bitcoin https://t.co/TeDTtaUBDG

Eddie Hughes said it’s time for other members of the British Parliament to familiarize themselves with crypto and blockchain because the disruptive technologies are the wave of the future.

Hughes urged the UK to “plant a flag” and become a world leader in the burgeoning cryptocurrency industry.

“You’re either ahead of the curve or you’re behind the curve,” Hughes said. “We are at a crossroads and we’re about to determine our future – one in which taking the lead in this field could prove very beneficial.”