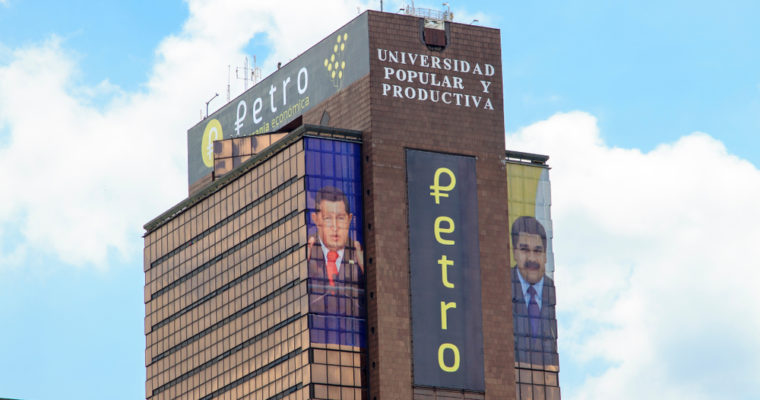 The value of Venezuela’s oil-backed cryptocurrency, the petro, is seemingly currently unclear, and even taking a look at official government sources yields inconclusive results, given substantial price differences.

The petro, announced in December of 2017 as a tool for the South American nation to combat international sanctions, has been a controversial currency so far. Supposedly, the government has pegged its fiat currency — the sovereign bolivar — to the petro and started using it to send pensioners payments. Each petro is purported to be backed by one barrel of oil.

A November 30 article published on the website of Venezuela’s central bank claims that as a “unit of account” the Petro’s value is to be of 9,000 sovereign bolivars. On its website, it features exchange rates that confirm this value and that claim one US dollar equals 638.18 sovereign bolivars.

This would mean one petro, supposedly backed by an oil barrel, would be worth $14.10. Looking at the exchange rate of Banco de Venezuela, a commercial bank acquired by the government for $1 billion back in 2009, one petro is currently worth roughly 38,200 sovereign bolivars, or about $59.85.

Where Banco de Venezuela’s exchange rate comes from is currently unclear, as local sources only report that the cryptocurrency’s price has surged. Outside of Venezuela, oil prices have been rather volatile, as in the last six months crude oil has dropped from a $77 high to a $45 low, before rebounding to $47 thanks to signs of output cuts by Saudi Arabia.

It’s important to note that the exchange rate of the sovereign bolivar against the dollar also isn’t clear. While Venezuela claims it’s of 638:1, Bloomberg’s Café Con Leche Index puts it at at least 900:1, as one cup of coffee in the country currently costs 450 bolivars, and is equivalent to “less than $0,.50.”

The petro’s price isn’t the only thing is off about the cryptocurrency. Reports have suggested neither the cryptocurrency nor the oil reserves supposedly backing it exists, and the whitepaper published by the Venezuelan government seems to show the petro is a “blatant” copy of privacy-centric cryptocurrency Dash.

Nevertheless, the Venezuelan government has been pushing for its adoption — so much so that President Nicolas Maduro had last year ordered local banks to accept it and revealed that Venezuela “may” charge for exports in it.