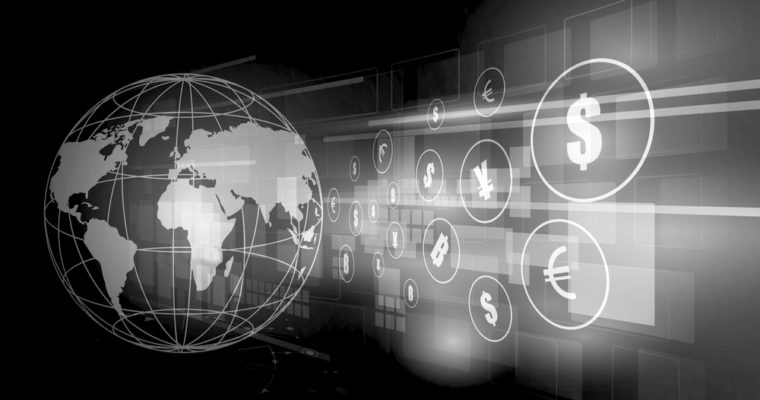 Opinions expressed in this article are those of the author alone.

While some conservatives are focused on fomenting national security with barriers, cryptocurrencies have at their heart a mission to cut across national boundaries. Money talks, and cryptocurrency enables anyone to talk to each other, instantly and with lower fees and fewer middle men. The race is on for who will facilitate the cross-border payments of the future.

President Trump has repeatedly indicated that he doesn’t mind a government shutdown in order to achieve his goal of building a wall along the southern border with Mexico. Today, he said it could last “a long time.” Trump is intent on having his campaign promise of a border wall delivered. Non-essential government agencies are running out of funds left and right. Some agencies which were affected by shutdowns in the past, such as the Veterans Administration, are funded through June.

Western Union has begun seriously considering using cryptocurrencies as part of its business model. To date, it has been a primary way that Mexican immigrants and migrant workers send money home to Mexico or elsewhere. According to BusinessWire and the World Bank, Mexico is the fourth largest recipient of international money remittances in the world.

Western Union transactions incur fees on both sides of the transaction. According to Mexico Mike, recipients might pay up to 10% when actually getting the cash.

In most cryptocurrency models, the recipient doesn’t pay a fee at all, since it is not he/she looking to add transaction data to the blockchain, but the sender. At the same time, the transaction fee is usually not associated with the amount of money being transacted but rather the actual amount of data required to process it by the blockchain being used.

This is the case with Bitcoin. The existence in Mexico of native Bitcoin exchanges for converting the cryptocurrency to pesos and even Bitcoin ATMs as well as OTC merchants means that Bitcoin is currently a viable option, but it is, of course, not easy to find metrics as to how much of this is being done.

Ripple measures its transaction costs in “drops” or units of 0.000001 XRP. Banks the world over have considered or actively integrated Ripple’s technology into their services, specifically with the intent of creating cross-border remittance services. Efforts in the middle-east have so far been limited by jurisdictions. For instance, the service recently announced in Kuwait will at first be limited to Jordan. The one announced in Dubai not long before that is set to work with Asian banks associated with RippleNet.

RippleNet is reported to have over 100 member banks around the world, but they aren’t automatically required to work with each other. Individual partnerships and legal hurdles still have to be worked out. For its part, Ripple and other blockchain banking-oriented products aim to remove the friction from cross-border remittances to Mexico and elsewhere. This means far lower costs to the banks, but retail users may still pay for the privilege. Ripple does have a partnership with Mexican firm Cuallix which seems promising.

While Ripple primarily focuses on bank-to-bank remittances and financial activities, its fork Stellar has always maintained a focus on individual remittances. As a Quora answer puts it:

First, there are fundamental philosophical differences. Stellar is a non-profit open-source technology that primarily serves to promote financial access and inclusion. SDF partners with global money transfer operators and financial institutions, with an emphasis on helping to serve the underserved and unbanked. SDF already has live payments, starting from Europe to the Philippines. They’re planning to begin live payments with some areas of Africa and GCC next.

Stellar facilitates OTC cashouts of its Lumens cryptocurrency via Tempo, an international wire service which it has partnered with that services Mexico. Tempo primarily focuses on the European market, however. Of note, Tempo is in the process of launching an ICO using the Stellar blockchain.

Any blockchain can easily facilitate cross-border transactions, but the question of liquidity is always the issue. In the case of Venezuela, several blockchain groups have made significant efforts to help those victimized by extreme inflationary policy, including Dash, Flash, and ZCash.

If Trump’s immigration policies are successful at keeping illegal immigration down, it seems likely that the market for US-Mexico remittances will only increase, as family and friends on both sides assist each other financially. According to a World Bank report released in December, Mexico was the recipient of $33 billion in remittances last year.

China is another target of Trump’s economic and national security policies. Trade with them has become more complicated under his leadership due to an escalation of tariffs on imports and exports. The purpose, in Trump’s view, is to stimulate American manufacturing and protect US global interests. Nevertheless, while Mexico is fourth in the global remittance target markets, India and and China are the leaders. China received almost double the remittances that Mexico did in 2017.

Western Union services China as well as any of the other markets, but its high costs, as well as those on the part of banks, create market opportunities for blockchain companies. Instant and secure money transfer is the first role of blockchain financial systems, yet real-world applications seem to be lagging where they are not lacking.

While the network effect is often talked about when blockchains are being discussed, what matters when it comes to remittances is the liquidity network effect.

This is why Western Union, Money Gram, and Rio retain the market – they have the most outlets that will honor their remittances.

If blockchain players are serious about capturing some of the nearly-half-trillion dollar remittance market, which is only growing year over year, then they will have to compete with old world remittance companies on these grounds.