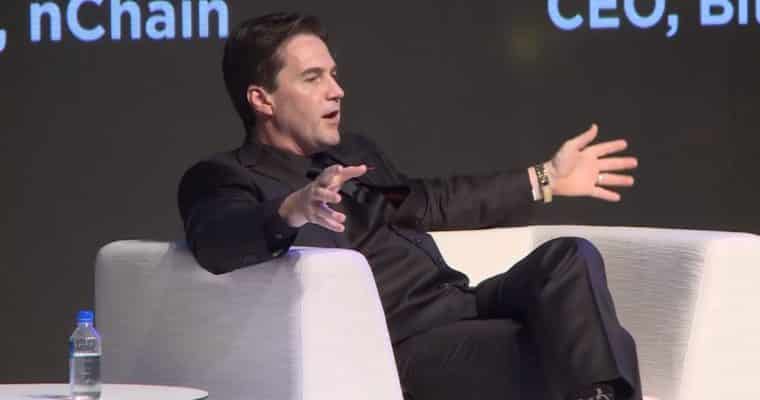 Self-declared Bitcoin creator Craig Wright no longer wants to hear from non-followers how much he annoys them or how much they disagree with him.

This became apparent after the Australian who resides in England changed the privacy settings of his Twitter account to protected status. Consequently, this not only disabled the retweeting feature but the move will prevent anyone who is not following him from viewing his tweets.

Over the years Wright has demonstrated a high intolerance for criticism and he regularly reminds his Twitter followers of the ever-expanding list of things that could get them blocked. This includes begging him for money and even harmless actions like seeking opinions from him concerning altcoins:

The constant blocking of followers who disagree with him as well as moving his Twitter account to protected status will ensure that the only opinions that Wright gets to hear are only those he agrees with. And perhaps because of this intolerance, the number of comments on his tweets are usually in the single digits despite boasting of nearly 70,000 followers.

The ‘Wright’ Way of Making Enemies

But considering the number of enemies he has made in the crypto space, it is understandable why he would take such steps. Wright’s intolerance seems to have reached another level following the falling out with the Bitcoin Cash camp leading to a split which saw Bitcoin SV (“Satoshi Vision”) emerge.

Just prior to the split, Wright had engaged in a war of words with the likes of Bitmain’s Jihan Wu and Bitcoin.com’s Roger Ver. At the height of the rivalry, Wu branded his nemesis Fake Satoshi, in reference to claims Wright made in 2016 that he is Satoshi Nakamoto, the creator of Bitcoin.

Even Roger Ver, who had once bought into Wright’s claims, started harboring doubts last year in November as the remarks in a video he posted online showed:

And Craig, if you did play a role or part in that like, thank you for that. If you did. I don’t know. I’m pretty damn skeptical at this point but truth is stranger than fiction sometimes. But I don’t think he did. That’s my opinion. If you want to prove otherwise just sign something with the genesis block. It’s that simple.

Even over the festive season, Wright refused to hold back and took to the microblogging platform to gleefully celebrate the supposed woes of his enemies. As virtually everyone else was spreading cheer and goodwill around the world, Wright took shots at Wu over reports that cryptocurrency mining rig manufacturer Bitmain was laying off staff.

That same day he also attacked Ethereum calling it a “Ponzi” while making the ridiculous claim that the co-founder of Ethereum, Vitalik Buterin, has never “really worked.”

So far this year’ the prolific tweeter has already attacked the author of “Mastering Bitcoin,” Andreas Antonopoulos, saying he doesn’t understand Bitcoin and that “Nothing he tells you is right.”

The year is only a few days old and one would be forgiven for assuming Wright’s major resolution was to expand his list of enemies!