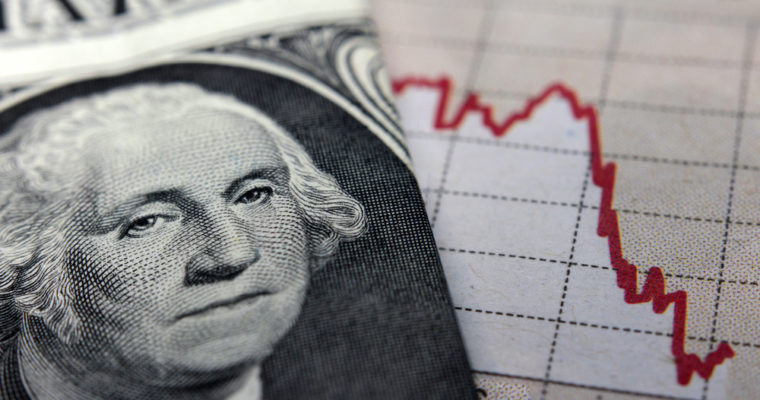 The Dow Jones Industrial Average and other major stock market indices have posted steep declines during the second trading day of 2019, extending a downturn that saw them post their worst December returns since 2008. According to the top economist at Canadian wealth management firm Gluskin Sheff, these losses may have only been the beginning.

Speaking during an interview on CNBC’s “Trading Nation,” David Rosenberg, Gluskin Sheff’s chief economist and strategist, said that he believes the recent stock market movements signal that the economy is in the outer rings of a full-blown recession.

“We’re going into a recession,” said Rosenberg, who has been bearish on the market’s fundamentals for some time now. “I think it will be this coming year.”

Rosenberg isn’t the only market analyst concerned that the recent corrections in the Dow, S&P 500, and Nasdaq have left the economy teetering on the brink of recession, but the so-called “perma-bear” said that he is virtually certain that recession will arrive in 2019.

“We’ve got more than 80 percent chance of recession just based on the fact the Fed is tightening policy,” he said.

This tightening of financial conditions that we’ve seen in the markets is going to end up having a cascading effect on the economy for the first few quarters of this year.

Looking forward toward that anticipated recession, Rosenberg said that he was concerned that the US government would not be properly equipped to address the coming crisis. Legislators, he said, had already spent their “fiscal ammunition” at the top of the market cycle, likely referencing the business-friendly tax cuts that took effect at the beginning of 2018.

“How are we going to stimulate fiscal policy? We already did that at the peak of the cycle,” Rosenberg explained. “We don’t have the fiscal ammunition.”

Though the pseudonymous Satoshi Nakamoto launched Bitcoin in the throes of the financial crisis — in fact, the Bitcoin Genesis block was mined 10 years ago today — the flagship cryptocurrency and its offshoots grew up amid a historic bull market.

After enduring several bull and bear cycles, the crypto market peaked at all-time highs in early 2018, shortly before the Dow and other market indices hit record highs of their own. Now, with bitcoin and other cryptocurrencies already deep in the red, stocks are showing signs of weakness, too.

The Dow Jones had its largest-ever single-day rally last month but nevertheless closed the year with its worst December performance since 2008. Things haven’t improved in 2019, with the markets cratering today following Apple’s release of bearish revenue guidance.

Allianz Chief Economic Advisor Mohamed El-Erian said that investors need to get used to these wild share price swings, as they are likely the “new reality” for a market that is no longer as feverish as in 2017.

Rosenberg’s predicted recession would provide a unique opportunity for bitcoin and the wider cryptocurrency market to demonstrate that, contrary to recent arguments, they are an uncorrelated asset class that could provide a safe haven — a la gold and other precious metals — during periods of economic uncertainty.

If bitcoin can successfully break out of its yearlong slump while equity prices point south, it could finally demonstrate that its claim to be “digital gold” is based on more than just rosy words from its most ardent backers.

As CCN reported, a mid-2019 recovery would be consistent with bitcoin’s historical market cycles. If the crypto market begins to grind upwards three quarters into a recession, even bitcoin skeptics would have to at least give a passing thought to chasing those returns with a small percentage of their assets.

However, there’s also a strong case to be made that the prolonged stock market bull run contributed to the cryptocurrency run-up since consistently-positive returns incentivized risky behavior on the part of investors. If that theory is correct, then a recession could lead investors to hold their cash with a tighter fist and eschew riskier speculative assets like bitcoin.

To borrow from George Mason University economist Tyler Cowen, the recession — if it occurs — would provide bitcoin with an opportunity to definitively prove that it is different from the myriad of asset bubbles to which its detractors frequently compare it. To quote him directly: “it is time to put up or shut up.”