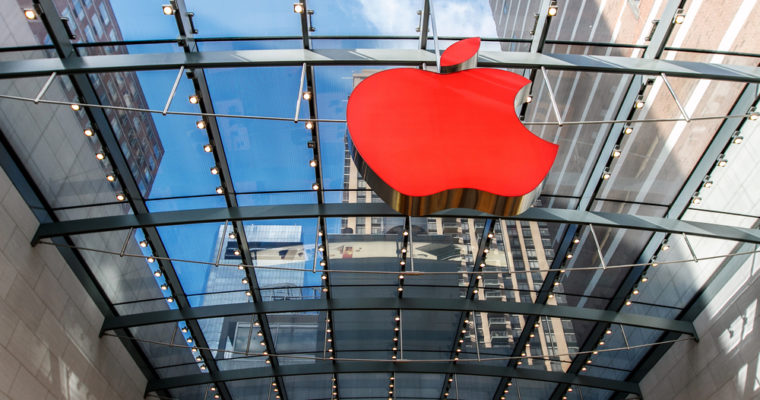 The fall in Apple’s revenue forecast and the resulting share price drop is perhaps not so unexpected and therefore shouldn’t be such big news for global markets, at least according to one trader.

But, of course, it is major news and is, therefore, having a corresponding impact. At the time of writing, most of the markets are down, the Dow Jones significantly, and Apple’s own share price has fallen around 10%.

There have been some indicators that 2019 might not be a banner year, not just for Apple, but for the remainder of the FAANG index (Facebook, Amazon, Apple, Netflix, and Google parent-company Alphabet).

It is possible that what we are seeing is a short-term market reaction rather than an indicator of a global recession as some believe. A more serious downturn is still possible, but the overriding reasons a recession might happen are a different combination of global events.

For the markets, the volatility of technology stocks like Apple could be fueled instead by a step-change in global technology. Facebook, Apple, Google, and also Microsoft, as well as to a degree, Amazon, are receiving increasing criticism over the control they have over our personal data and our behavior online.

As concern grows a new generation of companies, blockchain or otherwise, are emerging promising to give us back control over our personal information.

The digital age of social media and search is being replaced by one of artificial intelligence (AI), the internet of things (IoT), machine learning, automation, and so on. The stocks of companies involved in emerging technologies, even blockchain, could begin to rise further as FAANG stocks fall.

Is Apple Playing a Different Game?

Apple sales are being hit by the market effect of trade concerns with China and the country’s slower economic growth. Apple iPhone owners, after religiously upgrading their phones, might be holding back a little on their next upgrade, instead opting for repairs on their older devices.

Moreover, Apple CEO Tim Cook might have given a clue that he’s preparing Apple for a more privacy-savvy future and is playing the long game:

We at Apple believe that privacy is a fundamental human right but also recognize that not everyone sees it that way. The desire to put profits over privacy is nothing new.

Cook is also pushing for regulation or self-regulation in the digital sector, suggesting the free-market hasn’t worked out.

Though Apple is only this week revising sales forecasts, maybe Cook was expecting this market adjustment.

Technology stock performance in the last quarter of 2018 was poor, led, of course, by FAANG. Apple stock fell 30%, and the S&P 500’s entire technology segment lost a combined 17%.

It Might Not be Time to Sell Apple Shares

One Wall Street research firm is bucking a trend against the sell-off in Apple shares, revising its buy signal to neutral where others say sell. New Street Research analyst Pierre Ferragu believes things have gotten “as bad as can be” for Apple and that “[w]e see limited further relative downside to the stock.”

Though the analyst set a price target of $140 for Apple stock, which at the time of his writing was around $143 per share, he said:

We nevertheless expect the situation to stabilize in 2020 and EPS growth to resume. The stock is now trading close to 10x our 2020 earnings expectation, a historic low in absolute and relative terms, and see limited further downside to the stock.

Adding that Apple has seen an expected drop potentially earlier than others, he continued:

We were expecting the major negative surprise to be the March quarter. Reality is that Apple and channels saw the trend much earlier, ahead of the holiday season and adjusted shipments accordingly.

New Street Research isn’t saying buy and is out on a limb with its view compared to larger and more well-known experts.

FAANG’s sunny days could be over for now — but then again maybe not. Economic and stock market adjustments, along with our changing attitudes toward technology, might well inspire more investors to choose digital and decentralized, or cryptocurrency and blockchain, in 2019.

At the time of writing the Dow Jones is still over 500 points down despite a tepid morning recovery.