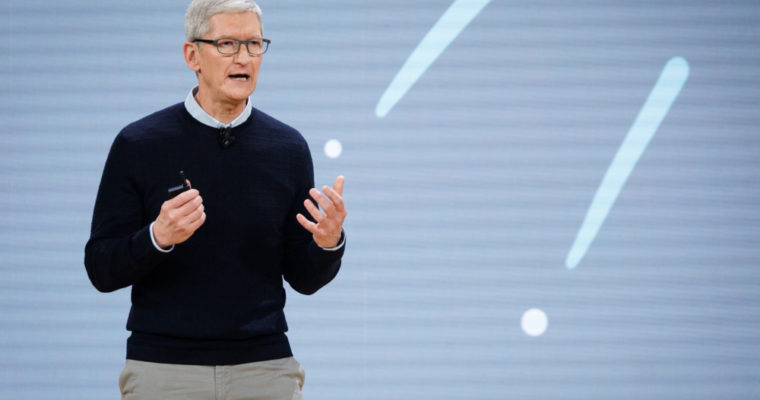 Apple is in deep trouble. With a ten percent drop in its stock price on the day and low sales forecast in China, the technology behemoth is facing a tough quarter ahead.

Samsung, the largest conglomerate in South Korea, is also struggling to deal with low sales. As smartphones users feel less compelled to acquire new models, satisfied with older versions, smartphone manufacturers could continue to see a decline in sales throughout the years to come.

On January 2, Tim Cook, the CEO of Apple, wrote in a letter to the investors of the company that the firm’s projected revenue is expected to be lower than its initial expectation.

Based on these estimates, our revenue will be lower than our original guidance for the quarter, with other items remaining broadly in line with our guidance. While it will be a number of weeks before we complete and report our final results, we wanted to get some preliminary information to you now. Our final results may differ somewhat from these preliminary estimates.

Due to the ongoing trade war and the unresolved tension between the two countries, the overall demand and popularity of Apple products in China declined in recent months.

Similar to the U.S., Japan, and South Korea, the economy of China, affected by the poor performance of its stock market, has weakened throughout 2018. The slow rate of growth of the Chinese economy, as well as the conflict between local conglomerates such as Huawei and Western authorities, are said to have contributed to the decline in sales of Apple products.

China’s economy began to slow in the second half of 2018. The government-reported GDP growth during the September quarter was the second lowest in the last 25 years. We believe the economic environment in China has been further impacted by rising trade tensions with the United States.

The steep sell-off of Apple shares comes from the company’s belief that the root issue that caused the company to struggle in the past quarter is the increasing tension between the U.S. and China.

However, if the trade war is the driving factor of Apple’s declining sales and it remains uncertain whether a comprehensive trade deal will be established by March 1, investors cannot possibly expect the performance of the company in China to improve in the short-term.

As The Verge social networks columnist Casey Newton said, many analysts have pointed towards the high specifications and strong performance of Apple’s previous mobile phone models as the major contributing factor to the company’s short-term struggle.

For the first time, users are finding it challenging to justify an upgrade from the previous model (iPhone X) to iPhone XS.

“This was the first year in five that I didn’t upgrade my iPhone. Two reasons: – iPhone X was really, really good, and battery life is still great – The 2018 models were functionally identical to the iPhone X,” Newton said.

The MacBook Air, an ambitious redesign of one of the company’s flagship products, has also been criticized for its pricing, which costs around $100 less than the MacBook Pro, a high-performance version of the MacBook that exceeds the specifications of the MacBook Air and is not that much heavier than the Air.