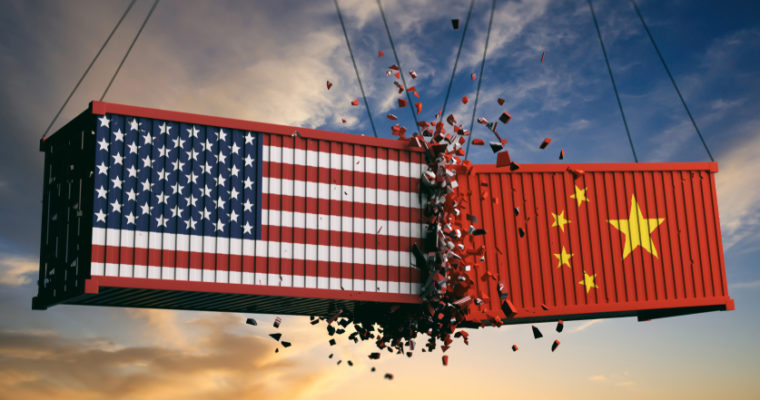 An economics professor at Long Island University has warned that the greatest headwinds the global economy will face in 2019 will be massive business failures and not the US-China trade war.

According to Panos Mourdoukoutas, Professor at the Department of Economics chair at Long Island University’s LIU Post campus, the trade war between China and the United States was a major issue in 2018 due to the fact that it raised fears of heightened nationalism and protectionist policies across the globe. However, this will change in 2019 with global corporations and financial markets expected to pressurize the two countries into inking a deal.

As earlier reported by CCN, a trade agreement is expected by March 1, 2019. After holding a telephone conversation with his Chinese counterpart, US President Donald Trump signaled over the weekend that there is a reason to be hopeful for a deal to be reached.

Just had a long and very good call with President Xi of China. Deal is moving along very well. If made, it will be very comprehensive, covering all subjects, areas and points of dispute. Big progress being made!

In Mourdoukoutas’ view, the massive business failures in 2019 will be a result of easy money drying up following the increase of interest rates by central banks worldwide.

The explanation is simple and straightforward. Easy money acted as a tsunami, lifting up both the demand and the supply side of the global economy to higher levels. On the demand side, it encouraged consumers to resume taking on more debt… On the supply side, it encouraged corporations and entrepreneurs to pursue low-profit businesses opportunities.

Noting that bank failures are likely to be experienced in emerging markets, Mourdoukoutas pointed out that the household debt to GDP ratio of China rose from 18% ten years ago to over 50% at present time (China’s corporate debt is largely unknown but may be a bigger problem than the household debt).

With the raising of interest rates by central banks and the FED, consumers are expected to reduce their uptake of debt.  This will result in less spending. Reduced spending by consumers will see low-profit businesses shutting down and the era of a slower growth in the world economy will arrive. Mourdoukoutas wrote that this will be like 2008/2009 all over again when the same scenario played out in the United States:

That’s what happened in 2008-9, shortly after the Federal Reserve raise interest rates and the US economy slid into a recession. US Business failures soared to 6,000 per quarter, while bank failures reached 157.

Other factors that are likely to weigh in on global economic prospects include slower growth in China and Japan, the world’s second and third biggest economies respectively. The pessimism occasioned by the ‘rise of anti-globalization ideologies’ all over the world, will be another concern.