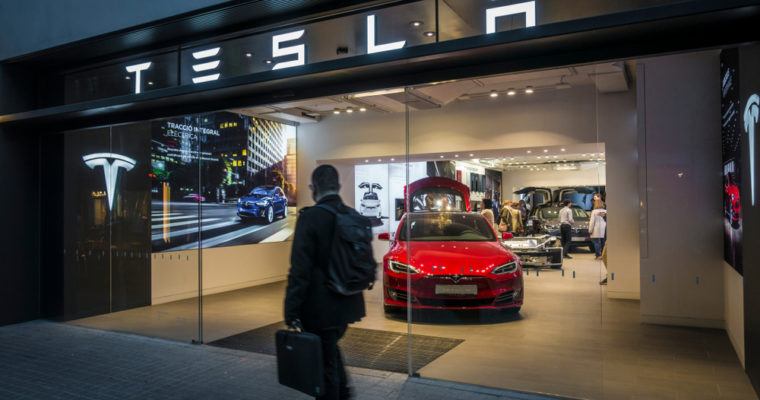 Shares for electric carmaker Tesla took a nosedive on Wednesday after the Elon Musk brainchild once again failed to meet production targets.

Pre-market trading saw Tesla shares tumble more than 8 percent on Wednesday. The losses continued following the opening bell, and as of 9:52 am ET shares were trading at $302.12 — down 9.16 percent from Monday’s close at $332.80.

The catalyst for the plunge was the release of fourth-quarter production and delivery results, which demonstrated improvements from July’s “manufacturing hell” but were nevertheless short of Wall Street analyst targets.

Even so, analysts had expected more of the electric carmaker, anticipating that it would complete 92,700 deliveries across its Model 3, Model S sedan, and Model X SUV. Tesla had previously stoked investor optimism by claiming that improvements in efficiency had reduced the number of labor hours needed to build the Model 3 by 30 percent.

Tesla is banking that the Model 3, which currently starts at $46,000 but is expected to feature a cheaper base model in the near future, will prove to be affordable enough to help electric car adoption grow beyond a niche consumer base of affluent buyers primarily located on the coasts. However, the company delivered just 63,150 Model 3s in the fourth quarter, missing analyst targets by 1,750 vehicles.

“As we continue to focus on quality and efficiency rather than simply pushing for the highest possible volume in the shortest period of time, we expect to have a slightly more gradual ramp through [the first quarter], likely ending the quarter at a weekly rate of about 2,500 Model 3 vehicles,” Tesla said Wednesday, per the Wall Street Journal.

Compounding investor anxiety was the company’s announcement that it would slash prices on all Tesla models by $2,000, with the price cut intended to offset a reduced federal tax credit that took effect on Tuesday. Previously, Tesla buyers had been eligible for a $7,500 federal tax credit on electric vehicle purchases, but as of Jan. 1, the federal government has trimmed that credit to $3,750.

Meanwhile, Tesla isn’t the only firm having a rough start to the 2019 trading year. The Dow Jones Industrial Average, Nasdaq, and S&P 500 indices all opened to major losses following the release of weak economic data from China.

The cryptocurrency markets, in contrast, showed gains across the board, with the bitcoin price rising a steady 3.2 percent and ethereum surging by 11.88 percent.