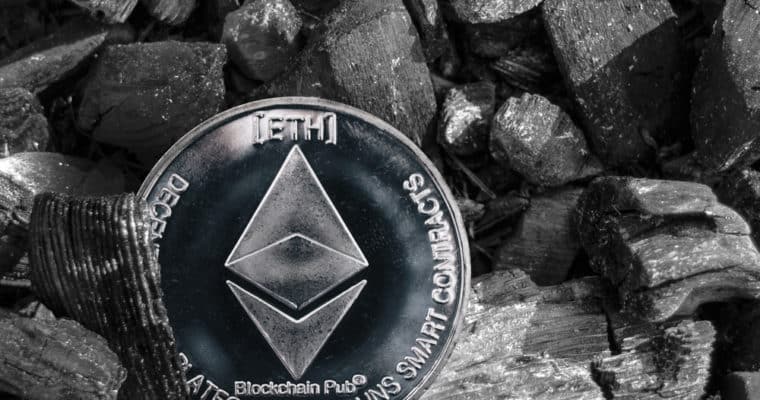 Over the past 30 days, the Ethereum price has risen from $83 to $150, by 80 percent against the U.S. dollar in a strong corrective rally.

On January 2, following a seven percent increase in its price, Ethereum (ETH) surpassed Ripple (XRP) to reclaim its throne as the second most valuable cryptocurrency in the global market.

Two main factors have likely contributed to the short-term surge in the price of Ethereum in the past month: oversold conditions and the upcoming Constantinople fork.

From early November to mid-December, Ethereum experienced a steep decline in value as its price fell from $220 to $83. Despite its recent 80 percent climb, the asset is yet to achieve November levels and would still have to increase by an additional 46 percent to rise back to $220.

The market demonstrated oversold conditions subsequent to the sudden decline in the price of Ethereum from November to December, relieving sell-pressure on the crypto asset and allowing the asset to recover.

According to Alex Krüger, an economist and a cryptocurrency trader, the upcoming fork of Ethereum called Constantinople is increasing the demand for Ethereum, as the fork would reduce the block rewards of ETH from 3 to 2.

“Notable outperformance of ETH over BTC in the last few weeks. There’s a reason for it: the upcoming fork / supply reduction. Another BAKKT delay adds to it,” the trader said.

1/ #Ethereum‘s Constantinople fork is coming on block 7080000, around January 16, 2019. Constantinople will reduce the block rewards from 3 to 2, decreasing new $ETH supply accordingly.

On the long run, this is decidedly bullish. https://t.co/4bbgAHMz7Z

The reduction of the block rewards of ETH restricts the amount of ETH miners can generate, which in the long-term will lead to a gradual decline in the potential circulating supply of ETH. As the supply of ETH goes down and the demand goes up or remains the same, the ETH price is expected to increase.

Ethereum’s Constantinople fork is coming on block 7080000, around January 16, 2019. Constantinople will reduce the block rewards from 3 to 2, decreasing new ETH supply accordingly. On the long run, this is decidedly bullish.

Krüger also pointed out in his analysis that in previous forks, Ethereum increased substantially in value. While the state of the market is significantly different than in previous instances, in consideration of the historical performance of ETH, the trader suggested that the Constantinople fork could contribute to the rise in the price of the asset.

“On the Homestead fork, ETH increased by 1150% in the two months prior (in both USD and BTC terms, as BTC was relatively flat during that period). Price started a 50% reversal the day of the fork. Not suggesting one should expect the same – different market, different times,” Krüger noted.

ETH remains as one of the best-performing assets in December 2018, outperforming Bitcoin, Ripple, and Bitcoin Cash.

However, the valuation of the cryptocurrency market still remains at $130 billion and it is far from recovering to previous highs and as such, it is still too early to conclude that ETH has started to enter a mid-term bull rally.