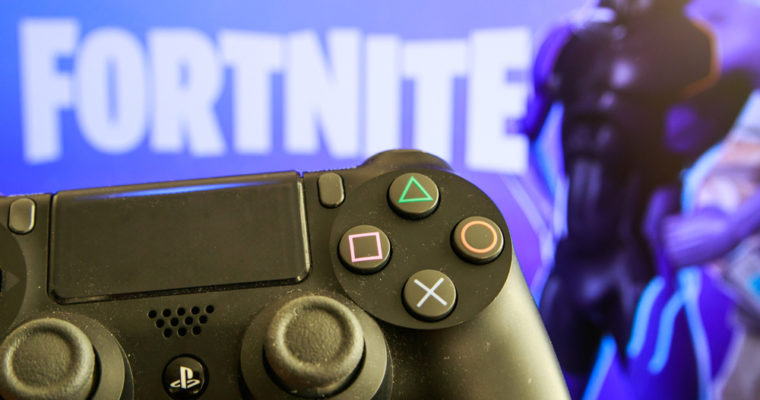 Fortnite fans can now buy merchandise for the blockbuster online video game using the cryptocurrency Monero (XMR). Bitcoin payments are not yet accepted, reportedly due to privacy concerns.

While Fortnite did not make an official announcement, fans shared the news on Reddit on January 1, where it received a very positive reception.

Monero enthusiasts said the move signals that crypto adoption is expanding, since Fortnite is the most popular video game in the world, with more than 200 million registered users.

Indeed, Fortnite is so popular that American teens polled in 2018 said they preferred to receive crypto and V-bucks — the virtual currency used in Fortnite — over cash, gift cards, or gas money as gifts.

“Too cool: The Fortnite merch store lets you pay in Monero, so now you can purchase that sweet Durrr Burger onesie without friends/family/coworkers judging you,” he tweeted.

Too cool: the Fortnite merch store (https://t.co/KNL4IFCFHk) lets you pay in Monero, so now you can purchase that sweet Durrr Burger onesie without your friends / family / coworkers judging you. https://t.co/XYs1NjGvGp

Some Twitter users wondered why Monero was an accepted payment form while bitcoin — the largest cryptocurrency by market cap — was not.

Monero’s project lead Riccardo Spagni told CCN that Fortnite isn’t currently allowing bitcoin because of its “lack of privacy, but they’re considering LN because it restores *some* privacy to Bitcoin.”

Spagni also said that Fortnite is “very interested in Lightning Network, and we’re pushing hard to get them to add that to the list. Right now, they’ve only enabled Monero, even though they have a number of options (including bech32-enabled Bitcoin).”

As CCN reported, Facebook has been having trouble recruiting top talent to its new blockchain division because of the numerous data-privacy scandals that have decimated the public’s trust in the corporate giant.

“A lot of people obviously don’t trust the Facebook brand right now, especially people in the crypto/blockchain world,” said Cheddar reporter Alex Heath. “A lot of them got into this industry because of the centralization and the data misuse of companies like Facebook.”

Many users were outraged after learning that Facebook has been selling their personal data for years — without their consent — to third parties for profit.

Digital currencies like Monero and Zcash are preferred among crypto users who prioritize privacy because they provide a high level of anonymity for users and their transactions.

However, that could soon be changing. In December 2018, the US Department of Homeland Security announced that it’s developing a monitoring framework to track Zcash and Monero transactions through a blockchain-based forensic analytics program.

The move is reportedly part of an effort by the US government to ensure that cryptocurrencies are not used to enable money-laundering, tax evasion and terror financing.

Uncle Sam Wants to Snoop on Your Monero Transactions https://t.co/IXZkOV3X4w

Crypto acceptance is on the rise, with Bitcoin Cash now having over 900 retailers accepting it.