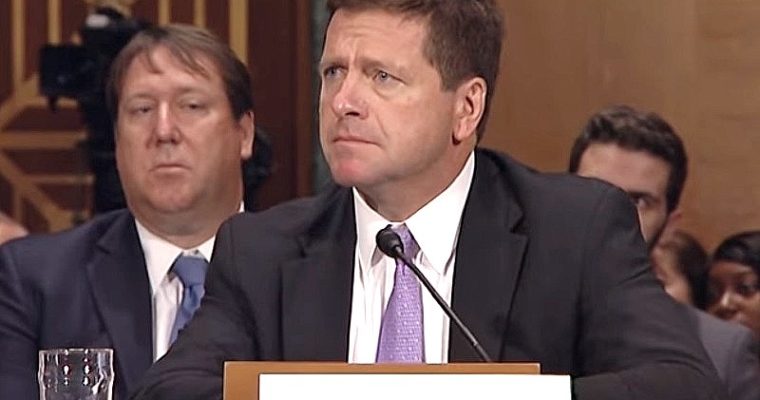 According to CNBC, at the Consensus Invest Conference in New York City recently, Clayton said:

What investors expect is that trading in the commodity that underlies that ETF makes sense and is free from the risk of manipulation. It’s an issue that needs to be addressed before I would be comfortable.

Clayton primarily feels that a Bitcoin ETF would be too easily manipulated and that not enough safeguards are in place to prevent as much. This goes in line with ongoing actions and investigations by the federal government into Tether and Bitfinex, where they may ultimately allege that Tether was used to manipulate the moving price of Bitcoin as a whole.

Overall, the Bitcoin market is too nascent to have the sort of tools that the SEC would like to see at the disposal of its exchanges in order to approve an ETC, which would essentially be a method of investing in the entire Bitcoin market without holding Bitcoin. After the Winklevii were denied their application for an ETF, they enlisted the help of Nasdaq to use its monitoring software on their own exchange.

In the distant future, there could be several Bitcoin ETFs, but for now there won’t be any. The push toward regulated exchanges and regulated tools within them (the recent resurgence of itBit and the rise of its Paxos Standard being a good indicator in this direction) will need to be much further along before the regulator can safely say that the market isn’t vulnerable to mass manipulation.

The other issue is safe custodians of Bitcoin, which are seen as lacking as well. There are only a few actually regulated custodians on the market. Coinbase’s recent launch of Coinbase Custody is an example, and itBit has always been highly respected for its regulatory approvals. Clayton attributed his further unease to Bitcoin heists past and present:

We’ve seen some thefts around digital assets that make you scratch your head. We care that the assets underlying that ETF have good custody, and that they’re not going to disappear.

In short, Bitcoin markets have a ways to go before the SEC is going to allow anyone to offer a Bitcoin ETF. People are still legally allowed to buy and hold Bitcoin on their own, of course, but the prospect of trading against the whole Bitcoin market or simply adding Bitcoin to one’s portfolio is a ways off. There is still currently the option of the Bitcoin Investment Trust (GBTC), which entitles holders to a small amount of Bitcoin per share.