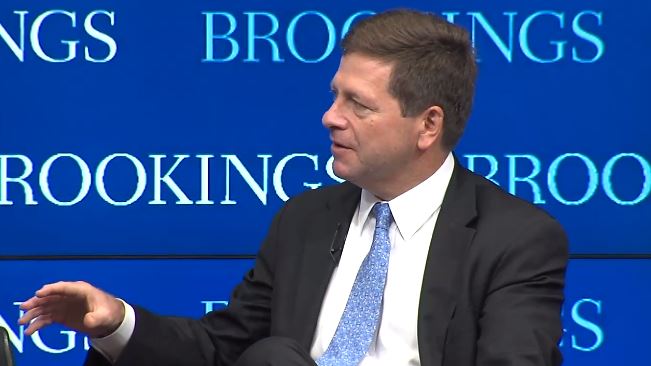 Earlier this week, US Securities and Exchange Commission (SEC) Chairman Jay Clayton said at a conference in New York that to approve a Bitcoin exchange-traded fund (ETF), the SEC needs to see a market that is free of manipulation.

“What investors expect is that the trading in that commodity that’s underlying the ETF is trading that makes sense, is free from the risk or significant risk of manipulation. Those kinds of safeguards don’t exist in many of the markets where digital currencies trade.”

In July, the Bitcoin ETF filing of the Winklevoss twin was officially rejected by the SEC. At the time, the commission said that Gemini, a heavily regulated cryptocurrency exchange based in the US, is vulnerable to manipulation and emphasized that cryptocurrency exchanges, in general, are not mature enough to handle an ETF.

The SEC’s stance towards cryptocurrency exchanges has been clear to the public since the rejection of the Winklevoss Bitcoin ETF. As such, various organizations including ProShares attempted to circumvent the SEC’s ruling by introducing an ETF on top of a futures market.

A futures-based ETF was also rejected by the SEC in August, as the commission found that the futures market is not of significant size to support an ETF.

In February, a Bitcoin ETF filing by VanEck, an investment management firm headquartered in New York with over $47 billion assets under management, is set to have its ETF evaluated by the SEC. The VanEck ETF is different from previous ETF filings because it bases the price of Bitcoin on the over-the-counter (OTC) market through an index.

No ETF in the past attempted to use the OTC market to find the base price of Bitcoin. According to Gabor Gurbacs, a digital asset director at VanEck, OTC trading desks tend to be more robust, regulated, and liquid than exchanges, which could meet the requirements set forth by the SEC.

“The OTC trading desks are more robust, efficient and liquid, as well as better regulated, than most of the crypto trading platforms. They are an important and often unsung heroes in institutional crypto space,” Gurbacs said.

Emphasizing that his statement reflects his personal view, not the stance of VanEck, Gurbacs also added that the comments issued by the SEC can be appropriately addressed by an ETF:

“I believe that the comments raised on pricing, surveillance and custody all have appropriate answers. Digital asset market structure is developing rapidly and towards the right direction.”

Will VanEck be Approved?

Whether the VanEck Bitcoin ETF will be approved by the SEC or not remains uncertain. But, it represents an innovative attempt to propose to the SEC that the OTC market, which is considered to be at least two to three times larger than the cryptocurrency exchange market, could provide sufficient liquidity to an ETF.