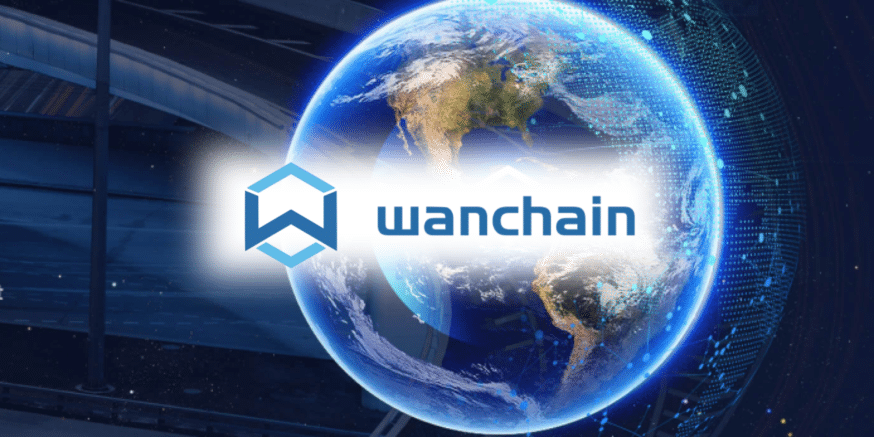 Wanchain is creating a new financial market of digital assets by implementing cross-chain transfers across different blockchains. With the number of various coins, tokens, and blockchains currently in the ecosystem, there’s not currently an efficient, decentralized way to exchange value between them. As an independent blockchain, Wanchain connects the accounts of independent chains to provide a framework to exchange these assets.

The platform isn’t just for currency transfers, though. Through smart contracts, privacy protection protocols, and the native Wancoin (WAN) token, among other things, you can use Wanchain to build a myriad of financial applications.

In this Wanchain guide, we’re going to outline:

How Does Wanchain Work?

Although forked from Ethereum, Wanchain is a completely separate blockchain, and its Wancoin (WAN) is not an ERC20 token. There are a lot of parts to the platform, but the cross-chain communication protocol is the backbone behind it all.

The cross-chain communication protocol provides a way to transfer data between Wanchain and other chains. The protocol has three functional modules:

In essence, the cross-chain communication protocol utilizes smart contracts to enable you to exchange assets to Wanchain and vice versa. Wanchain will follow Ethereum in its move to a Proof-of-Stake (PoS) consensus algorithm. The platform will likely implement solutions like Plasma and the Raiden Network as well. Building on PoS, there are three types of verification nodes that maintain the overall network and split transaction fees:

Storemen must stay online and maintain their own key shares (more on this below) to receive their portion of the fee. Wanchain uses the Locked Account Generation Scheme to secure funds and keys when there are multiple parties involved. Based on Shamir’s Secret Sharing Scheme, it effectively breaks up a key into shares and distributes it to all included participants.

The Storemen are responsible for maintaining and managing the appropriate key shares of the locked accounts for transactions.

This method of key share distribution has a few benefits. Because Wanchain generates locked accounts through multi-party computations, there’s increased decentralization. And there’s more stability because you don’t need every key share to produce a signature for a locked account. If some of the Validators are offline, transactions can still be executed with a minimum number of shares.

Finally, any transaction with a locked account is done via the original chain. This means that any chain can easily integrate and interact with Wanchain without the need for new transaction types or validators.

Wanchain is one of the first blockchain projects to include privacy within smart contracts. The platform uses ring signatures and one-time address generation to provide you with anonymity in your transactions.

In a ring signature, your signature as a sender is mixed with other fake accounts. This mixture makes it difficult to trace you as the actual sender. On top of that, Wanchain generates a new address for each transaction, so detecting transaction patterns is near impossible.

Wancoin (WAN) is Wanchain’s native token. Transactions consume a certain amount of WAN, and you need to pay WAN security deposits to the cross-chain verification nodes when making transactions.

The team sold 107.1 million tokens during their ICO to raise a little over 120,000 ETH. These tokens comprise 51% of the supply. The team is using the ICO funds in the following way:

The Wanchain Foundation is a non-profit organization primarily operating out of Singapore but also has a significant presence in Austin, Texas.

Wanchain was founded by Jack Lu, a respected player in the blockchain space. Before his current role, Lu co-founded Factom and started Wanglu Tech, a blockchain application development company. Wanglu Tech has been a primary contributor to the open-source Wanchain project.

Dustin Byington previously served as the Wanchain President. Byington is a blockchain veteran having founded Bitcoin College in 2014 as well as co-founding Tendermint, a software mechanism to securely and consistently replicate applications across machines. Byington also co-founded Satoshi Talent, a platform to connect blockchain entrepreneurs with developers.

In May 2018, Byington left the Wanchain Foundation to start TWO12. There isn’t too much information available about the new company. However, it seems as if it revolves around security tokens and will be part of the Wanchain ecosystem.

The Wanchain team launched their main net in January 2018. In July 2018, they released Wanchain 2.0. This release most notably included interoperability with Ethereum. The next major milestone on Wanchain’s roadmap is version 3.0, providing interoperability with Bitcoin. Then after that, 4.0, with integration to private chains.

In July 2017, the Wanchain Foundation announced WanLabs, a blockchain accelerator. At least six projects joined the accelerator, but there haven’t been any significant updates since the initial announcement, and the WanLabs website is no longer available.

Because Wanchain is addressing the entire financial market, there are quite a few other projects that you can consider to be competitors. Ripple and Stellar, with their heavy involvement with financial institutions, may be the most comparable to the project.

Ark and its coinciding Smart Bridges are also working to connect the blockchains of different digital assets. ICON is focusing on interoperability as well. And because you’re able to build decentralized applications using Wanchain, Ethereum could even be considered a competitor.

Wanchain is unique in that it combines the functionality of many other major projects to create an entire financial ecosystem. It’s also one of just a few projects to use ring-signatures and one-time addresses to provide anonymous smart contracts. Enigma is one of the few others.

The WAN price chart paints an exemplery picture of the 2018 altcoin market. The coin had a positive, shortlived run in April 2018 when it first became available for trading. This rise to an all-time high of just under $10.00 (~0.00102 BTC) lasted until the beginning of May. Since then, however, the price has continued to fall and currently on a floor of about $0.45 (~0.000106 BTC)

The WAN price experienced a brief 40 percent gain in July coinciding with the release of Wanchain 2.0. However, zooming out reveals this gain (and subsequent loss) to be just a blip on the chart.

Similar to other smaller cap altcoins, the WAN price is seemingly at the mercy of the overall market. Growth of the Wanchain ecosystem should, of course, help the price as well as the completition of roadmap milestones.

Where to Buy WAN

Binance supports WAN as a trading pair with Bitcoin and Ethereum. You can also purchase WAN on Bitrue with XRP.

If you’re having trouble getting started, check out our guide on how and where to buy Bitcoin.

Where to Store WAN

You should store your WAN in the Wanchain provided wallet. It’s available on Windows, Mac, and Linux operating systems. Although it only holds WAN and ETH now, it’ll soon support multiple additional currencies.

Additionally, you can (and should) use the Wanchain wallet in combination with Trezor or Ledger hardware wallets.

Wanchain is aiming to decentralize the financial industry through private, cross-chain smart contracts. With this technology, businesses can create blockchain applications for:

Plus, a handful of other financial services.

Although this is a challenging project, the team has a track record that should give investors confidence that they can pull it off. With the main net V2 already in production, Wanchain is ahead of the majority of other blockchain projects. Only time will tell, though, if Wanchain will become the new standard for financial applications moving forward.

Editor’s Note: This article was updated by Steven Buchko on 11.29.18 to reflect the recent changes of the project.