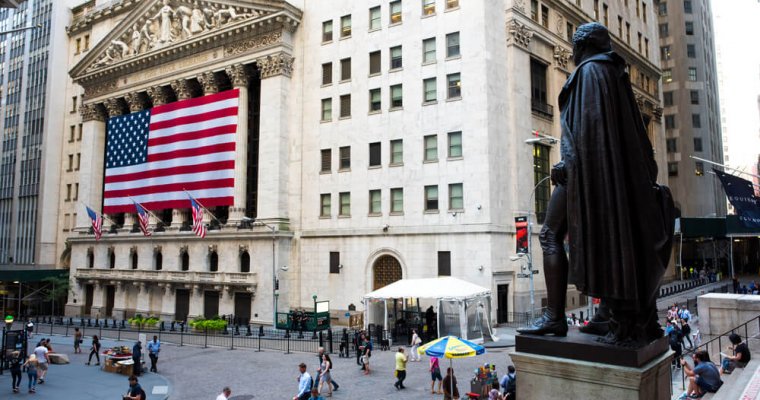 On CNBC’s Fast Money, Morgan Creek Capital Management CEO and chief investment officer Mark Yusko expressed his concerns towards the “melting” stock market of the U.S. and warned the state of the market in which corporations are stacking up debt which they can no longer afford.

As various types of debt continue to spike to an all-time high, Yusko explained that the pressure on the U.S. economy will lead the credit bubble to explode, severely hurting the market.

Last week, the Securities Industry and Financial Markets Association reported that the corporate debt of the U.S. reached $9 trillion, doubling the debt within two years.

“I think this year, will continue to melt slowly like a melting ice cube. I think next year, with the economic slow down it gets worse, probably double digit drops and the big year is 2020, when the credit bubble starts to blow up. Every company has binged on cheap debt, they have over-levered, there’s 14% of companies of S&P can’t service their debt with the next three years of ebitda.

Is Bitcoin a Good Bet?

In the long-term, the Morgan Creek CEO asserted that Bitcoin is a good asset to have in a portfolio because as a decentralized network, the performance of the asset does not depend on broader financial markets.

Over the past eleven months, due to the unforeseen impact of the futures market on the price trend of Bitcoin amongst many other possible catalysts, the asset class has suffered an 80 percent drop from its all-time high valuation at around $800 billion.

Still, Yusko emphasized that he is a “big bull” in the long run and in the years to come, the dominant cryptocurrency will likely achieve more usage, awareness, and adoption, eventually recovering in value.

“Bitcoin, love it long-term. I was wrong, completely wrong, on the impact of futures on the Bitcoin price. I thought, because they were cash settled, you couldn’t get rehypothecation and put artificial price pressure. I was wrong. You’re seeing rehypothecation. You see on those expiration right before the futures expire, lots of pressure on those down days. But, as we get more usage moving forward and people buy into this idea that it is a store of value, increasing use cases, we’re trading $4.5 billion worth of Bitcoin every day, versus 5 years ago, sub couple hundred million. So huge increase in usage, long-term I’m a big bull.”

Bitcoin remains down nearly 80 percent down from its all-time high at $19,500. In consideration of the magnitude of the recent sell-off, investors that enter the Bitcoin market now will probably see gains relatively quick in the foreseeable future, Yusko said.

In the next 10 years, as was the case with the Internet sector subsequent to the dot-com bubble, Yusko added that a 10 to 20-fold return on investment is possible.

“Over a decade, I think you can make 20 times plus your money. I really do. I think it is one of those few asset classes where you have asymmetric return profile. I think over a one year period, it’s tough to tell.”