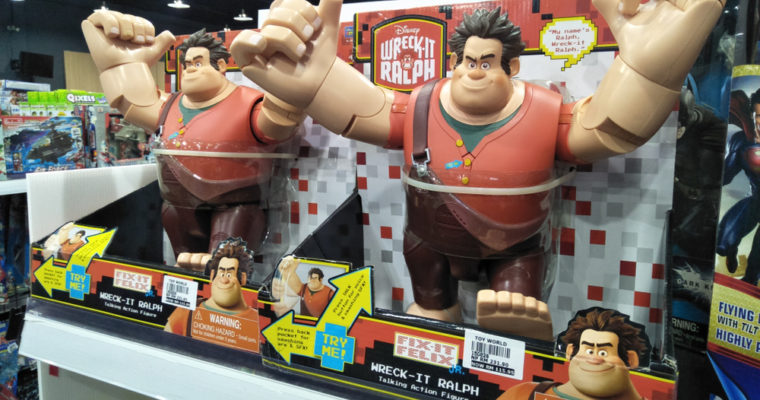 The relentless incursion of cryptocurrency into popular culture has recorded another first with the SAFE Network being featured in the newly-released animation movie ‘Wreck-it-Ralph 2 – Ralph Breaks The Internet’.

First pointed out by posters on internet forums, the feature was then confirmed by a shot of a cinema screen showing the SAFE logo clearly displayed during a scene in the movie.

Prior to this, cryptocurrency has featured regularly on the smaller screen with televisions shows like ‘The Good Wife’, ‘The Simpsons’, ‘House of Cards’, ‘NCIS LA’ and ‘Supernatural’ dipping their toesi nto the subject as far back as 2012. Recently however, the recognition of crypto as a bona fide part of popular culture has made its way to the silver screen, with the Coen Brothers reportedly working on a new movie about former Silk Road admin Ross Ulbricht.

Reacting to the news of the feature through its official account on the SAFE Forum, Maidsafe said:

“Hey all, we’ve been watching this one with interest – thanks to everyone who’s pinged us over the weekend to give us the heads up! We’re trying to do a bit of digging to find out more – but, most excitingly, this isn’t something that we’ve worked on directly within the team. It may have organically come out of our connections with the Silicon Valley HBO series 5. But whatever the reason, knowing just how much time is allocated to designing and checking every single frame of a major animation film from a company like Disney to ensure it’s perfect at the end of a multi-month production cycle, I think it’s safe to say that the SAFE Network’s been chosen for a good reason. We’ll let you all know if we find out the connection over the next few days.”

It will be recalled that prior to this, Marvel comics featured cryptocurrency in a comic strip titled Hunt for Wolverine – Adamantium Agenda #1. More recently, in October 2018, late noughties Hip hop sensation Soulja Boy released a single titled “Bitcoin” from his latest mixtape ‘Young Draco’.

Also in October, CCN reported that Johnny Depp penned a deal with Tatatu, a tokenized social entertainment platform that reportedly raised $575 million in what became the third largest ICO ever.