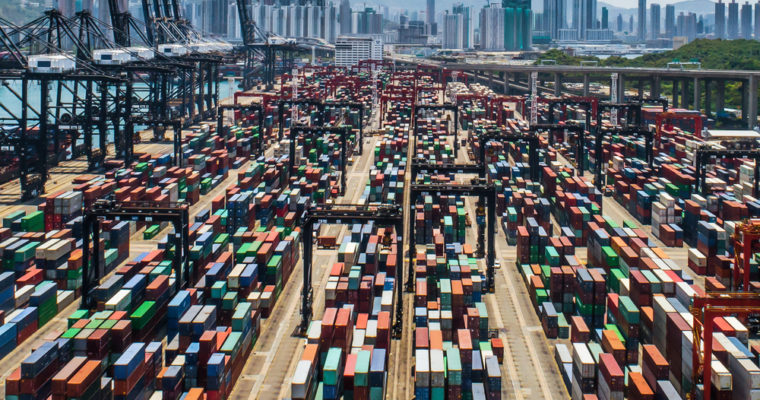 The TradeLens ecosystem – writes Modern Terminals in its press release – seeks to digitize and streamline processes in the global supply chain to deliver higher efficiency and lower cost. It includes more than 20 port operators and terminals around the globe, factoring circa 234 docks on five continents, including Port of Valencia, PSA Singapore, Patrick Terminals, Port of Halifax, Port of Bilbao, PortBase, PortConnect and the Port of Philadelphia.

The inefficiencies in the traditional supply chain have incurred losses worth billions of dollars in the past decade, Liaison found.

Before TradeLens, a majority of the ports as mentioned above were working principally with paper records, open to damages, manipulation, and outright lostness. Container ships still carry documents for immediate verification that obstructed the flow of their supply chain, eventually causing shipment delays and errors via manual filing.

“It does not seem like much, but it is,” Peter Levesque, Group Managing Director of Modern Terminals, told SCMP. “Without blockchain, you’re going on faith that what’s on the document is what’s in the container.”

The TradeLens solution claims that their trial run reduced the shipment time by 40 percent, leading to an overall economic saving for the supply chain participants. The use of digital ledger has enabled the participants to broadcast the status of a container in a supply chain in real-time, such that records become immutable and available at the same time.

“The potential from offering a neutral, open digital platform for safe and easy ways of exchanging information is huge, and all players across the supply chain stand to benefit,” Maersk’s chief commercial officer Vincent Clerc had stated in January.

Modern Terminals also joins the TradeLens group of ports as a Network Member to evaluate the same: the platform’s performance in the real-time. Based on the outcomes, each port would offer its suggestions about whether TradeLens could be improved any further.

“This initiative will generate tremendous savings for our industry over time while enhancing global supply chain security,” said Levesque. “That is the Holy Grail – one place to see the whole [supply chain] in one spot.”

Maersk and IBM are not the only companies that are tapping blockchain to improve supply chain management. Crimson Logic, a Singapore-based company, is also developing a blockchain solution called Global eTrade Services to do pretty much the same thing TradeLens is doing.