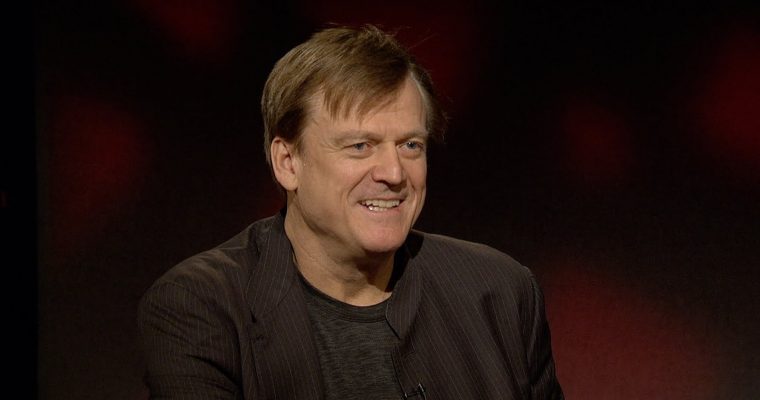 Overstock founder and CEO Patrick Byrne is exiting the retail business so he can focus on blockchain because he believes it’s a disruptive technology that will transform the world.

“The blockchain revolution has a greater potential than anything we’ve seen in history,” Byrne told Fox Business on Nov. 26 (video below). “It’s bigger than the Internet revolution, how it’s going to restructure society.”

Fox Business host Stuart Varney — an alum of the London School of Economics — asked Byrne how he can be so optimistic when cryptocurrency prices have plunged recently.

Byrne said focusing on the minutiae of bitcoin’s daily price movements is losing sight of the forest for the trees. “What coins are doing on any given day is silly,” he quipped.

Byrne announced in 2014 that he wanted to pivot from retail to blockchain, and has been making huge progress on this front. “We now have very interesting positions in 19 blockchain companies,” he said.

One of those ventures involves a $6 million investment in an open-source, blockchain-based crypto social network called Minds.

Patrick Byrne said 2019 will be a groundbreaking year for the industry.

When asked what we can expect to see in 2019, Byrne replied: “You’ll be able to trade security tokens. There’s a whole new class of securities coming into existence called security tokens.”

‘Every Stock Will Be Tokenized’

Byrne recalled that Robert Greifeld — the chairman of Nasdaq — predicted in November 2017 that every stock and bond on Wall Street today “could be” tokenized. “In five years, every one will be tokenized,” Byrne promised.

He added: “The architecture of Wall Street as we know it is going to be deprecated over five years and replaced with security tokens. If that’s true, we built…the New York Stock Exchange of that world. We spent the last four years and $100 million building it.”

When asked why a security token is superior to a stock, Byrne said it’s because of three things:

Byrne conceded that a major drawback of bitcoin mining is its high cost, but said his companies are involved in a project called raven coin, “which has a much different energy profile.”

Tim Draper: ‘Bitcoin Is Bigger Than the Internet’

In his exuberance for crypto technology, Patrick Byrne mirrored the unbridled enthusiasm of billionaire Tim Draper, who recently doubled down on his $250,000 bitcoin price target for 2022.

In April 2018, Draper said bitcoin is “bigger than the Internet.” The venture capitalist — who was an early investor in Tesla, Hotmail, and Skype — said bitcoin will be “bigger than all of those combined,” as CCN reported.

Draper is unfazed by the recent market crash, and remains confident that the global economy will soon transition to crypto, as CCN reported.

So how confident is Draper in the future of crypto? So confident that he’s still hodling the entire stash of 40,000 bitcoin he acquired in 2014 at $600 a piece. “This is a new society, and you want to get out in front of it,” he said.