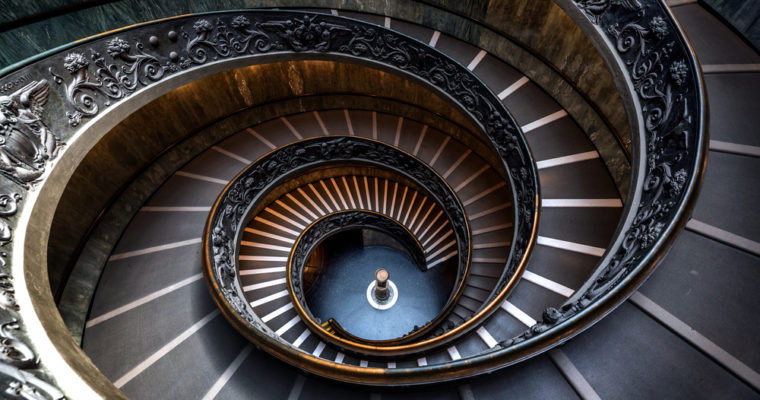 For those doubting price could go lower, this month has been rather interesting. More than 90B in marketcap burn. Gone like the wind. A literal bloodbath.

I don’t know if I should laugh or cry. Honestly.

In one hand, great, I can purchase more Bitcoin at cheaper prices. On the other, goddamn it.

Did we seriously need another beating?

Why didn’t the stock markets continue to crash instead? Why couldn’t you guys just leave our dear btc alone?!

2018 has been really ungrateful for hodlers. A few bits of hope here and there; but mostly, horrendous massacres. Just by looking at absolute volumes, one can argue crypto-markets have become uninteresting for most retail investors who joined in late 2017.

Although hashrate has been able to keep more or less steady, we’re now seeing a decline in transaction numbers, which is rather surprising as it’s now cheaper to buy and sell bitcoin, due to lower fees (in fiat).

Public data obtained on Coinpayments.net, which processes transactions for dozens of traditional cryptocurrencies, showed that it had seen a drop of 50% in the first half of the year.

Now, since we’re already in deep-sh**, why not remember the worst beatings of the year? Since we’re going down, we might as well go down laughing!

Before I embrace darkness, hopefully in a funny way, a word of seriousness. As reported by Greg @ Hacked:

Bitcoin sunk below $4,000 for the first time in the same period, hitting $3,819 on the BTC/USDT market. The market fluctuation did also affect Tether however, so the true U.S dollar figure might be slightly higher. Yet even the BitMEX BTC/USD price fell to a low of $3,686.

Meanwhile, Stellar (XLM) took the worst hit out of the major altcoins, plunging 22.4% on across Saturday alone.

If you don’t like to joke about serious stuff, this next bit might not be for you.

–This article shouldn’t be taken as financial advisement as it represents my personal opinion and views. I have savings invested in cryptocurrency so take whatever I write with a grain of salt. Do not invest what you cannot afford to lose and always read as much as possible about a project before investing. Never forget: with great power, comes great responsibility. Being your own bank means you’re always responsible for your own money—

128B (in marketcap) evaporated in just a few days. This was one of the worst price drops in the history of Bitcoin.

Still, we did manage to recover. Just to break our legs again: between January 6th and February 6th, btc’s marketcap dropped 190B. It went from about 295B to 105B. An absolute wreckage.

Nobody was expecting such a huge drop within just a month. Bitcoin’s marketcap literally halved during the period comprised between December 2017 and early February 2018.

If the previous 2 beatings weren’t big enough, players decided to continue shorting Bitcoin. So, between March 5th and April 1st (not fooling anyone here), marketcap dropped 87B. Not as bad as the previous drops, but that’s only because there was less selling volume. After the February recover to almost 200B, short-sellers grabbed the bull by the horns and took it down once more, to around 110B.

News at the time were focusing, of course, on blaming CMBC Bitcoin’s futures markets for the price drops, which made absolute sense.

We shouldn’t forget during these peak high and lows there were little to no institutional investors on-board.

Fast forward one month and we have another Baptista Bomb on marketcap. This time, between 6th May and 29th May, Bitcoin’s marketcap went from 169B to 121B. Only 48B lost this time.

Of course, for those of you who bought Bitcoin at a premium value (8K+), desperation started to kick-in. This was the time news started to get darker, and some folk started to contemplate Bitcoin’s price coming down to 5k eventually.

We’re not far away from those bearish predictions now, are we?

During the summer Bitcoin’s price also went up and down, burning about 40b in marketcap, between the 25th July and 14th August.

For those enjoying your summer holidays, those were really bad news. It was at this point most of us accepted the harsh reality Bitcoin’s price might not be recovering anytime soon.

Although I don’t think that was the killer blow.

Sentiment was already pretty beaten up, however there were still some lights at the end of the tunnel.

Although the drop was about half what happened the previous time, for most that was the actual fatality move.

A destructive kick in the balls.

It was at this point google trends showed sentiment to be at its lowest levels since early 2017.

One thing some people do not immediately realize is that since January 2018 both price drops volatility and the difference between minimum and maximum levels has stabilized.

This is, if we compare the amounts lost in terms of marketcap by date, this is what we see:

Doesn’t it seem interesting the amount lost halves each time?

I cannot guarantee these drops were calculated precisely, as it’s near impossible to say so; however, it does seem curious we have such a high correlation between the min-max (or average lost) of each period, being the later the half of the previous.

This result gives me confidence to believe we’re getting to a point of real stability and price should be going upwards soon.

Let’s see if my analysis performs better than Bitcoin over the last few months. If it doesn’t… well, just buy some more!

Since Bitcoin was released many booms and bursts happened, due to a plurality of reasons. Some of the most epic I would like to mention are:

Despite the terrible news around during these periods, Bitcoin has always managed to recover; each boom and bust is a perfect example to show how resilient cryptocurrencies can be when supported by a solid community.

Whatever you might feel now about Bitcoin always remember: markets work in cycles. If you’re patient enough you’ll be able to participate in both bearish and bullish cycles.

The key thing is to time markets right.