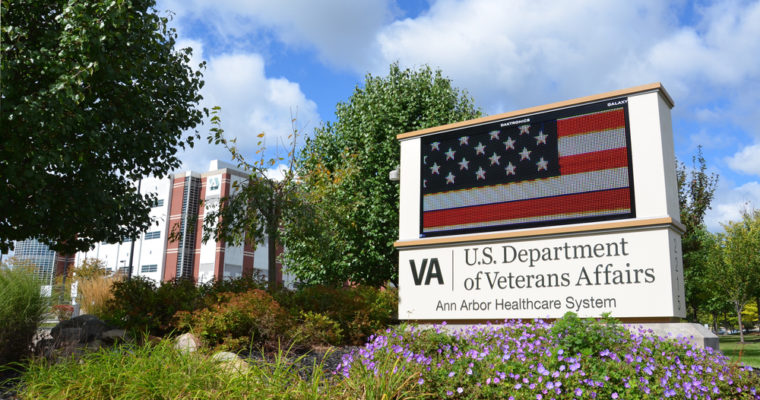 The US government has come a long way in thanking its service members. This country has always had a disability pension for injured veterans, according to a document published by the Department of Veterans Affairs (VA), which is the organization in charge of veterans benefits these days.

Today, you may not be aware, any US military veteran with a non-dishonorable discharge is eligible for, at a minimum, a full scholarship to a school of their choosing. The modern GI Bill doesn’t just cover school payments, either — it also pays the veteran a living allowance equivalent to a sergeant in the army’s housing benefits for their zip code. The program is a vital enhancement to previous GI Bills in its effect of ensuring that veterans are able to fully participate in the economy when they leave active duty without having to worry about feeding themselves or paying rent while preparing to do so.

However, tens of thousands of such eligible veterans have been hung out to dry for a quite some time now. It’s not because the money’s not there, although the program is not considered an essential service when budget showdowns occur (in fact, the whole Veterans Affairs department is not). It’s not because the VA does not want to pay them and — for once — even the banks are blameless. The problem, according to VA officials who were grilled last week in on Capitol Hill, is the technology stack being used.

Apparently, due to changes enacted in the Forever GI Bill, a slight enhancement of the Post-9/11 bill, payments have been stalled due to technical difficulties. Paul Lawrence, the head of the Veteran’s Benefits Administration (the part of the VA that handles payments), testified that he had previously made a mistake when he put a deadline on when the program would be repaired. At present, he has no clue when it will be fixed. Officials specifically said that 22 of the 34 changes made in the GI Bill last year required IT work, although they were not specific about what IT changes were necessary or why they were having an effect on payments being made. Lawrence said:

“We did not understand the certainty around it. That is why we are not giving you a date.”

For Everything Else, There’s Blockchain

Now here’s where the author gets a little upset.

First of all, never fix things that aren’t broken. In terms of software development, this means to keep the working version working until you’ve got the replacement tested and ready to deploy. This is to say, whatever they were using before should still be in use today, so that veterans are paid. There was no mention as to whether or not schools are receiving their payments, but presumably, most colleges can miss a payment or two.

Secondly, why all the opacity around both the development and the payment mechanisms? The author remembers having to call in to check on the status of his GI Bill payments. No information would be available prior to the actual due date, and sometimes they actually did come a few days later. It’s a stressful experience for a veteran because it always makes one think perhaps they’ve done something wrong in their paperwork, forgot to respond to something or other, or what have you.

Government Software Should be Open Source

It may seem extreme, but the author presents the following contention: all software developed or licensed by any democratic government should be open source. It belongs to the people, after all, either the license or the code itself. If there are engineering problems affecting the implementation of the new system, then an open-source approach would probably yield solutions faster.

Which brings us to the third point: why not blockchain this, as it were? Payments are the heart of the blockchain. Privacy and some degree of opacity are important when dealing with people’s private information, such as benefits they’re receiving from the government, but some form of permissioned blockchain would probably have been more ideal than building a “new” antiquated system that will end up being replaced in 5-20 years anyway.

No, the author’s not advocating that people receive their benefits in cryptocurrencies. Not necessarily. What he’s advocating is that a blockchain — whichever might be best suited — be used to track and make payments. Companies like Ripple have deep connections to the bank industry and could facilitate instant payments some way or another. Enough of the data could be public that a veteran could simply enter some pre-determined key and see whether or not their benefits had been sent and when they would be expected to be sent. Payments could be tracked through the entirety of the process. Such a move would go a long way to restoring trust in the people running the system.