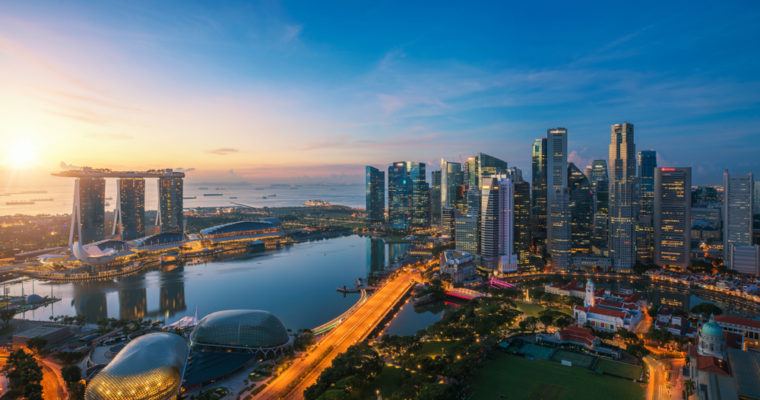 In the case unraveling in the Singapore International Commercial Court, B2C2 claims that the action taken by the exchange violated the two companies’ agreement terms, and the market maker seeks to recover some 3,085 bitcoins from Quoine. Although none was given, in today’s dollar price that translates into roughly $13 million.

According to Singapore’s Straits Times, in their opening statement, B2C2’s legal team alleged that Quoine had abused its role as the operator of the platform and that it had acted in “breach of trust” as B2C2’s custodian.

While bitcoin prices have since been on a roller coaster ride reaching a meteoric peak of $19,783.21 on December 17 and crashing back down to around $4,500 today, in March of 2017, prices were hovering around the $1,200 mark. This further demonstrates the complexity of the case since the value of the bitcoins in question is significantly higher today than it was at the time of the trade reversal.

B2C2 opened up the case arguing that:

Quoine defended the reversal move primarily as a programming glitch prior to the trades that caused the platform’s inability to access accurate market price data on the cryptocurrencies in question, bitcoin, and ethereum. They maintain that because of the fault, the platform stopped creating or placing new orders, and this affected those of B2C2.

They then went on to add that the orders placed by B2C2 were abnormal and involved absurdly high prices, stating that:

“They were about 250 times higher than the average price at which [the two currencies] then traded on the platform.”

It emerged that B2C2 placed seven orders at an extremely inflated rate on April 19 of last year to sell ethereum for bitcoin–for 10 bitcoins for one ethereum.

However unusual as these orders were, the market maker B2C2 upholds that the exchange was not within its rights to reverse them since the trades were meant to be “irreversible.”

B2C2 also maintains that Quoine had nothing in their trading terms and conditions that could allow the exchange to carry out such a maneuver. However, Quoine points to its risk disclosure statement that gives it the right to cancel any transaction that “took effect based on an aberrant value.”

The plaintiff also states that Quoine is in violation of its custodian agreement with the company and could not deduct or withdraw virtual currency balances without authorization.

B2C2 founder Maxime Boonen took the stand today and was questioned over whether a market maker like his company should play a responsible role in keeping prices orderly on the exchange, to which he replied that he had no influence over prices, and could not decide what they should be.

Quoine’s lawyer further revealed that Mr. Boonen would have agreed to corrective trades if any trades place were deemed to be erroneous. This argument was based on the founding that BC2C trades under such clauses with other exchanges.

Mr. Boonen replied that while his company may have such an understanding with other exchanges, this is not the case with Quoine and that he would not have agreed to such conditions.

Next week, Quoine CTO Antonio Gomez Lozada will take the stand and the trial is expected to reach a conclusion.

Whichever way the hammer falls, it marks a historic case for Singapore and its High Court and will surely set a precedent for further such cases to come.