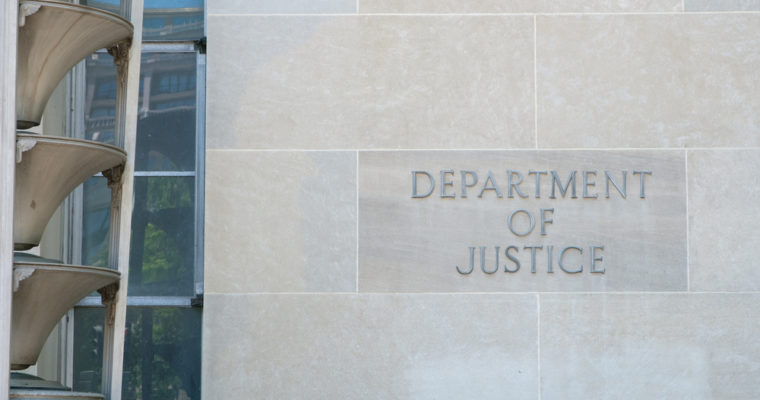 The US Department of Justice (DOJ) has reportedly opened a probe into whether Tether, the eponymous issuer of the USD-pegged cryptocurrency stablecoin tether (USDT), has engaged in illegal market manipulation to prop up the bitcoin price.

Citing three people familiar with the matter, Bloomberg reports that federal prosecutors — who had already opened a broad investigation into the cryptocurrency market — have narrowed on Tether and Bitfinex, the crypto exchange giant with whom it shares a management team.

Tether, whose crypto token has a circulating supply of 1.8 billion, alleges that every unit of USDT is backed by $1.00 stored in a company-owned bank account. The firm’s current banking partner — there have been almost too many to list — recently published a letter indicating that it was holding enough USD to cover the outstanding USDT, but some lawyers stated that the letter was written in such a way to absolve the institution, Deltec Bank, from any liability regarding its veracity.

Most tethers enter and exit circulation by way of Bitfinex, who always values USDT at $1.00 regardless of its price on the global market. Critics, including researchers at the University of Texas, have alleged that Tether at least occasionally operates a fractional reserve bank, pumping unbacked tethers into circulation to stabilize the bitcoin price and then selling enough BTC to rectify its reserves.

The company has denied these allegations, and industry stakeholders such as Mike Novogratz have said that Tether’s ability to redeem more than $1 billion worth of USDT when the cryptocurrency fell below its supposed $1.00 peg in October is a strong indication that the token is fully-backed by USD. Subsequent research from the University of Queensland Business School further argued that tether grants had no impact on the bitcoin price.

Bloomberg had reported earlier this year that the Commodity Futures Trading Commission (CFTC) had sent subpoenas to Tether and Bitfinex last December, and today’s report indicates that the DOJ and CFTC are coordinating their efforts. Professor John Griffin, one of the University of Texas researchers who authored the paper alleging that tethers are used to manipulate the bitcoin price, is said to have briefed the CFTC on his findings.

Crucially, though, the report notes that, even if illegal activity has occurred on Bitfinex, the exchange operator’s executives may not necessarily be implicated.

“It couldn’t be determined whether government officials are solely investigating activity that occurred on Bitfinex or if exchange executives are suspected of illegal behavior. Neither the Justice Department nor the CFTC has accused anyone of wrongdoing, and authorities may ultimately conclude that nothing illicit occurred.”

It’s unclear to what extent, if any, the Justice Department’s probe into bitcoin price manipulation has put downward pressure on the crypto market, which is now trading below $150 billion after taking $60 billion in losses in just seven days.