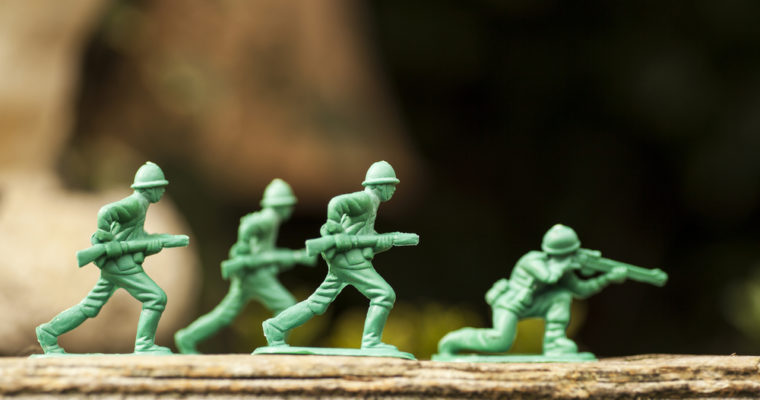 Shots were fired Thursday afternoon, as CCN received a press release from Calvin Ayre’s CoinGeek which contained some interesting words that are sure to heat up the discussion around the chainsplit and intentional hard fork in Bitcoin Cash.

One of the quotes from Calvin Ayre elucidates his feeling that all is not well on the side of the opposition, nor is it upstanding.

“CoinGeek and nChain are in this battle for the long haul. We will mine BCH and fight as long as it takes to protect the original Bitcoin from Bitmain, Jihan Wu, and their Bitcoin ABC development group who all want to change BCH into some alt-coin Wormhole token technology. Roger Ver’s company Bitcoin.com is subsidizing hash for only 24 hours, taken from his own customers. As for Bitmain, to keep up with us in this hash war, Bitmain will have to spend millions of dollars a day from its investors’ money and shareholder assets, while also trying to raise more investor money for its shaky IPO. This will bleed Bitmain’s cash and cryptocurrency reserves, because we are prepared to fight for months and months. If I were a shareholder or investor in Bitmain, I’d be asking why Jihan Wu is spending all your money to control BCH when Bitmain’s business supports multiple cryptocurrencies.”

Actively updated data on the Bitcoin SV blockchain is still hard to come by. One hopes that as part of establishing themselves independently, regardless of philosophical inclinations, they will provide some blockchain and data gathering tools.

Hash War To Be Settled Over “Many Days”

As noted above, Ayre has specifically stated that he and his compatriots are ready to “fight for months and months.” The question arises, though: what is the real fight? Several major companies have already pledged their support to the Bitcoin ABC chain. Another section of the press release reads:

“Therefore, the BCH hash war will not be decided in 1 or 2 days, but over many days and possibly weeks by on-going miner votes with sustained Proof of Work. Until a dominant chain emerges, cryptocurrency exchanges, wallet and service providers are advised to remain neutral, and to run a Bitcoin SV node to be prepared for the best interests of users.”

Questions arise in all this. For instance, what is meant by “dominant chain?” To date, three major exchanges have upgraded to Bitcoin SV alongside Bitcoin ABC – none have done so exclusively – while several have indicated sole support of Bitcoin ABC, including two major transaction processors.

It is a stretch to imagine any of these companies reversing course on these decisions without some massive reason for so doing. They did their research and made a decision. The outcome of the “hash war” will primarily be a 0 or 1 as regards the survival of both chains or just one chain. At present, with any amount of hash power, Bitcoin ABC will survive. Having the backing of Bitmain co-founder Jihan Wu, who is deeply connected in the mining industry, it seems self-evident that ABC will continue to have a requisite hash rate.

Ayre does raise an interesting point, that both Bitcoin.com and Bitmain are acting somewhat independently in their decisions to back the ABC fork. All the same, customers and clients are forever welcome to economically vote by taking their business elsewhere. The crypto market recently suffered a large-scale bear attack and it remains unclear where all the monies went.

Yet, so long as the Bitcoin ABC fork is viable and enjoys support of the economic majority (node count is one indicator of this), it is unlikely that a successful argument can be made that either party acted against the financial interest of any shareholders or investors.

The https://t.co/6EeRmpfaH7 pool now has more hash rate on it than the entire BCH network had earlier today.
Bitcoin is cash for the world! #BitcoinCash #bitcoincashfork pic.twitter.com/n2MqQ5mlfK

Another note in the press release related to the fact that Bitcoin.com’s mining pool spiked the hash rate at fork time.

It remains unclear where all the hash that went into the pool actually came from, as the BCH hash yesterday was much more than the pool’s sum total regularly and/or today.

CCN has reached out to Bitcoin.com for comment on the press release and will update this article upon receiving a reply.