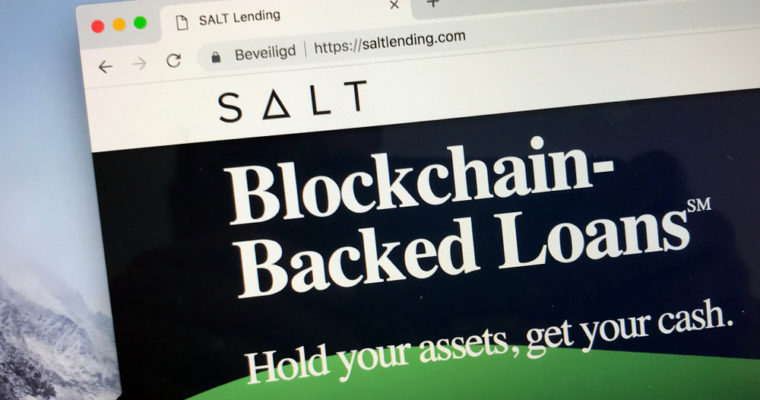 SALT Lending, a cryptocurrency loan provider who raised tens of millions of dollars during through an initial coin offering (ICO) with support from crypto pioneer Erik Voorhees, has become the latest blockchain firm to attract the attention of US securities regulators.

The Wall Street Journal reports that the Securities and Exchange Commission (SEC) in February sent a subpoena to SALT seeking its information about its $50 million token sale, which was conducted last year amid the ICO boom.

Unnamed sources cited in the report said that the SEC was evaluating whether the SALT ICO constituted an unregistered securities offering, as well as how the firm used the token sale proceeds and distributed SALT tokens to contributors.

The Denver, CO-based company confirmed to the WSJ had been subpoenaed, noting that it occurred around the time that the SEC’s enforcement division opened investigations into “dozens” of crypto startups who had raised funds through ICOs that the agency believes may have been illegal securities offerings.

That’s not the full extent of SALT’s problems, though, as the report also states that a former SALT financial officer has filed a lawsuit against the firm, claiming that the company lost $4 million in cryptocurrency following a hack in February and also gave favorable loan terms to company executives and their family members.

According to the WSJ, the SEC is also investigating whether crypto pioneer Erik Voorhees — a former SALT adviser and board member — violated a 2014 SEC settlement that barred him from participating “in any issuance of any security in an unregistered transaction in exchange for any virtual currency including Bitcoin for a period of five years.”

That settlement stemmed in part from charges related to his operation of bitcoin gambling site SatoshiDICE, which was one of the earliest and most successful crypto-native services. The SEC charged Voorhees with conducting an unregistered securities offering after he allowed investors to use bitcoins purchase shares in SatoshiDICE and another company.

In September, another Voorhees project — ShapeShift, which until recently, helped users trade cryptocurrencies without accounts or identity verification — abruptly began forcing users to register with the company and submit to Know-Your-Customer (KYC) policies in line with those adopted by most conventional crypto exchanges and trading services. While the company has never outright admitted that it made this stark reversal under pressure from regulators, Voorhees’ statements suggest that this was the case. “What I write is being watched very closely. Please give us time,” he said on Twitter when one disgruntled follower asked him to explain why forcing KYC was the right decision.

SALT executive Jennifer Nealson told the WSJ that Voorhees was an “early contributor” to the firm but “no longer serves in any formal capacity.”

Notably, though, Voorhees was listed as a co-inventor on a SALT patent application filed with the US Patent & Trademark Office (USPTO) as recently as Jan. 30, about the time that SALT reportedly became aware of the SEC’s investigation.

A SALT spokesperson did not immediately respond to inquiries on the nature of Voorhees’ departure and whether it was related to the SEC investigation.

Commenting on the report, Brian Klein, Voorhees’ lawyer, called the WSJ’s inclusion of his client in its article an “unfair attack.”

“I am proud to represent @ErikVoorhees, a real visionary, who has abided by his SEC settlement terms. This @WSJ story is an unfair attack on him relying on unsubstantiated allegations, anonymous sources, and he is not even a party to the lawsuit discussed,” Klein wrote on Twitter.

In any case, the subpoena does not appear to have led SALT to hit the brakes on its expansion plans, as the firm has continued to open its services to new jurisdictions and add more cryptocurrency collateral options to its platform in the months following the start of the SEC’s investigation.