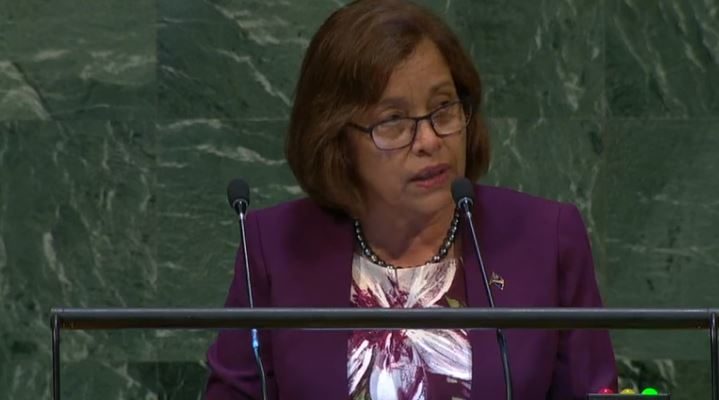 This Pacific Island may get its national cryptocurrency after all. Marshall Islands President Hilda Heine has eked out a no-confidence vote that threatened not only to derail her presidency but also the fate of the Sovereign (SOV), a national cryptocurrency spearheaded by her administration. According to the Nikkei Asian Review, President Heine blamed a “referendum about our own politics.”

Members of the Marshall Islands Parliament have spoken, and the split result of 16/16 means that the vote of no confidence fails. Those who were opposing President Heine led by Senator Casten Nemra needed a majority vote to prevail. According to reports, Finance Minister Brenson Wase has indicated that the plans for the Sovereign, which is designed as a legal tender and is expected to be issued via an ICO, remain intact, with requirements to meet standards from the International Monetary Fund (IMF) as well as the US and Europe notwithstanding.

President Heine was up against some stiff competition but never lost sight of the motivation behind the attempted ouster. For instance, the IMF recently balked at the idea of the small country possessing its own digital currency. It was this disapproval that fueled the opposition from the group of senators and their no-confidence vote with allegations the cryptocurrency was damaging to the reputation of the Marshallese government.

Not only did she overcome these headwinds, but also China reportedly was pressuring the Parliament, as they had a vested interest in seeing her ousted. China had its sights set on one of more than two dozen of the Marshall Islands atolls, which they had plans to “create a country within our own country,” according to The Guardian. The Heine administration was not on board amid “growing Chinese influence in the Pacific Islands,” according to Heine cited in The Guardian, at a time when the Marshalls is trying to maintain its independence.

In addition to the coral atolls, the Marshall Islands are comprised of 1,200-plus volcanic islands, and while they gained their independence from the U.S. in 1986, their currency remains the US dollar. Meanwhile, with only one commercial bank offering limited services and no currency of their own, the Marshalls have been plagued with issues that have resulted in limited access to funds for locals, a problem that a cryptocurrency could solve. The Marshall Islands are a sweet spot for a national crypto given its population of a little more than 53,000 where the adoption of the SOV could take off.