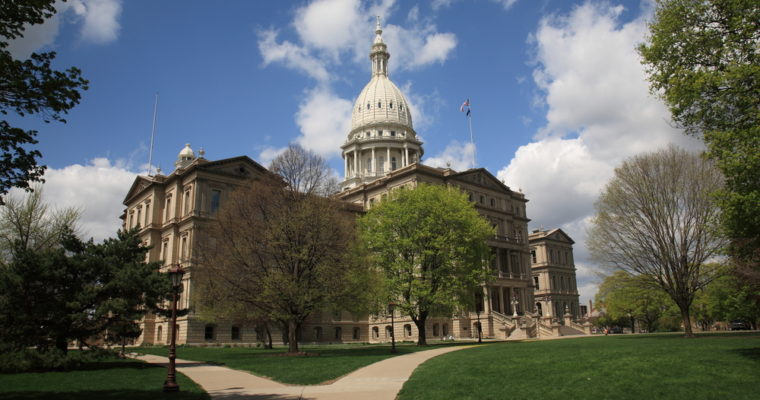 Michigan’s campaign finance board has formally indicated that campaign donations made using cryptocurrency are not allowed in the state. In a November 8 letter addressed to Michigan state legislature candidate William Baker, who earlier made an inquiry on the issue before losing in the recent mid-term elections, the Michigan Department of State informed Baker that according to the Michigan Campaign Finance Act (MCFA) and the Administrative Procedures Act (APA), campaign donations cannot be made in bitcoin and other crypto tokens due to their frequently fluctuating values.

In the letter signed by Michigan Secretary of State Ruth Johnson, it was stated that campaign donations may not be made in bitcoin and other cryptocurrencies because, by nature, the value of these crypto assets is not fixed, and their volatility makes it impossible to assign an exact dollar value to them in administrative terms. Where it is not possible to ascertain the exact value of a contribution, such a contribution becomes invalid in the eyes of law, since ascertainable monetary value is a primary condition for a campaign contribution to be recognised as such.

An excerpt from the letter reads:

The letter went on to compare bitcoin to a security, quoting legal precedents which effectively forbid the use of any financial instruments except those held in bank accounts at a financial institution for the purpose of campaign financing. In a controversial twist, the letter also stated that bitcoin is analogous to a security in the sense that both assets cannot “be used in and of themselves to purchase goods or services,” which many cryptocurrency users will at the very least see as a highly contestable claim.

Nevertheless, according to the letter, cryptocurrency campaign donations are banned and will remain so not only for these reasons, but because the reporting requirements do not make any allowance for multiple recordings needed to capture the various values likely to be held by crypto assets at various points in the process including date of sale to the donor, date of receipt by the candidate, and date of record on a campaign statement.

Despite a broadly pro-crypto regulatory attitude in the US, electoral regulators across the country continue to be skeptical of campaign cryptocurrency donations. It will be recalled that in August, CCN reported that the North Carolina State Board of Elections Campaign Finance Office rejected an application by Republican state legislature candidate Emmanuel Wilder to accept campaign donations in bitcoin.