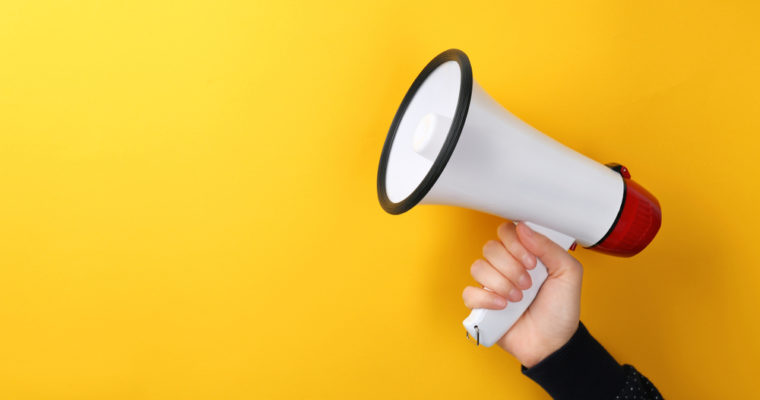 Anti-government activists in Thailand are using crypto tech to help prevent authorities from censoring “Rap Against Dictatorship,” a controversial music video that has gone viral in the country. The video, which excoriates Thai government and military authorities on a number of social issues, has achieved runaway success in Thailand, amassing more than 28 million views on YouTube since it was released on October 22.

‘Rap Against Dictatorship’ Finds a Home on the Blockchain

“Rap Against Dictatorship” goes after authorities in the kingdom, lambasting them for their role in Thai problems such as government-level corruption, military high-handedness, censorship, and legal double standards, among other matters. Though comments were turned off on the video, it has gathered more than 925,000 “likes” on YouTube and just 25,000 “dislikes,” indicating that its message resonates with the majority of viewers.

Spooked by the video’s potential to encourage anti-government public discourse in the country which has famously repressive anti-dissent laws, Thai authorities have already responded with a series of actions aimed at creating a chilling effect on any movements sparked by the video. The country’s deputy national police chief, Srivara Ransibrahmanakul, has warned that the video may be breaking the law, and a number of artists who created the video have been summoned to testify before the country’s National Council for Peace and Order (NCPO).

In an attempt to prevent the video from being lost to censorship, an unknown individual has placed “Rap Against Dictatorship” on the Zcoin blockchain using an IPFS link embedded in a transaction on the blockchain. Zcoin is a privacy coin which is the first full implementation of the Zerocoin Protocol, not to be confused with the Zerocash Protocol. The video now has a permanent and indelible copy in the IPFS link on the Zcoin blockchain at block number 111089.

Speaking about the pioneering development, Poramin Insom, who is the founder and lead developer of Zcoin, as well as a Thai national, said:

“We don’t know who added the IPFS link to their transaction, but this link has been secured by the blockchain and cannot be removed or hidden. Furthermore, by using Zerocoin protocol, the Zcoin blockchain keeps the link is private and therefore the identities of the uploading parties cannot be known.”

CCN recently had a chat with Poramin to get his take on what the development means for activism in Thailand and for the expanding usage of blockchain technology globally.

CCN: Let’s say the Thai government succeeds in getting this video taken off YouTube, how will people in the country be able to access it from the Zcoin blockchain?

Poramin: The primary technology behind this is Inter Planetary File Systems (IPFS) where the actual file is being stored in a distributed way and replicated throughout the IPFS network. It is the IPFS link that is uploaded on the blockchain as a kind of uncensorable and permanent bookmark.The easiest way to access the file is to go to https://gateway.ipfs.io/ipfs/ and then enter the IPFS link that is embedded into the Zcoin blockchain on block 111089. This will play the video. This allows an easy to share link even if it is blocked from YouTube. Even if the government blocks gateway.ipfs.io, it still can be accessed by downloading the IPFS program and then accessing the file using that same link. The role of Zcoin’s blockchain is merely embedding the link permanently in a place where it cannot easily be taken down, while doing it in such a way (via the Zerocoin protocol) where there is no trace to who put up the link.

CCN: Are Thai authorities aware of the reality of non-censorship that the blockchain can create? What do you think their next move will be?

Poramin: I believe Thai authorities are still coming to grips on blockchain technology, and although there have been many positive developments — for example with regulation and licensing of digital exchanges — I think they are yet to realize the full implications of the technology. It’s just a matter of continuous engagement and education.

In this case, it is actually IPFS that does the storage, with the blockchain serving as a timestamp and “uncensorable bookmark” of sorts. The posting on the blockchain seems to be more of a statement of the futility of censorship rather than anything else.

For those evading censorship, the allure of blockchain is that it offers permanence. Websites, social media and other places can be blocked or brought down, but it’s nearly impossible to alter a public blockchain like Zcoin. Although other blockchains like Bitcoin and Ethereum can be used as well, they don’t hide transaction history, so a determined blockchain analyst may still be able to identify the poster.

While I’m uncertain how Thai authorities will react, I do hope they realize that blockchains change the way information is disseminated, much akin to how social media in the past decade or so has played a pivotal role in politics. Attempts to censor social media have generally been unsuccessful, perhaps with the exception of China, with its nation-wide implementation of its Great Firewall.

CCN: If this video’s permanent record on the blockchain becomes a rallying point against censorship and government malfeasance in Thailand, do you see similar actions being taken in other parts of the world?

Poramin: The use of blockchain for anti-censored content is rather low, as social media is still a much more convenient and widespread [medium] used to incite public outrage in most parts of the world. However, in China, where they do succeed in blocking and monitoring social media, blockchain was used to embed the text of a controversial open letter which spoke against Peking University. There is also an interesting use case when Catalonia, who sought independence from Spain, used IPFS (not blockchain) to let people know where to vote.

I am excited to see the use of technology like Zerocoin, which allows anonymous but verifiable voting or polling where you can prove that someone has participated in the vote, but not which way they voted. This means people can vote without fear. This would be an amazingly powerful tool for governments and citizens alike, and combined with a permanent recording of votes on the blockchain, allows for an unforgeable and anonymous voting system.

CCN: On the flip-side, what if someone were to use this functionality to upload something objectively wrong like child pornography? Is there any protocol for dealing with such an eventuality? Would that perhaps help the Thai government and other repressive governments around the world to make a case against blockchain technology?

Poramin: Zcoin’s blockchain is not hosting the content itself, it’s only hosting the link to the content on IPFS. Also we are technologically neutral and a public utility. As with the internet, blockchain can be used for both good things and bad things. In this case, I think its potential and various use cases are much greater. IPFS has some inbuilt mechanisms where those running IPFS nodes can optionally choose to implement blacklists should they wish to do their best to comply with their local laws.

Also, for most people, you would need a block explorer and to know exactly which block to find the link. Unlike messages or political statements which can be made public and permanent, child pornography links would not really make sense to be stored on a public blockchain as there are many other more discreet ways to share it, such as on the deep web (not that we are condoning it).

CCN: There are thousands of competing blockchains in existence. In your opinion, why was Zcoin chosen specifically to store this very important video?

Poramin: Zcoin is dedicated to enhancing privacy, whether digital, financial, or social. Our blockchain is designed to prevent the exposure of identities or any shared data, so its privacy mechanisms will naturally appeal to those wanting to resist censorship. While it was never Zcoin’s intention to be a platform for this specifically, it’s interesting to see how the technology can serve people in many different ways. Zcoin has also had some significant exposure in Thailand, which may have also resonated with the person who posted the video on the Zcoin blockchain.