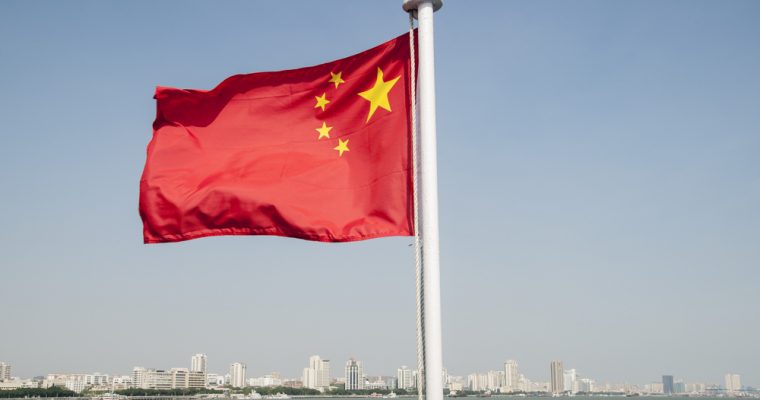 In the city of Foshan, a report from May indicates that officials would like to deck their system out with bracelets similar to those issued in western countries.

In the city of Zhongshan, which is in the same province as Foshan (Guangdong), the system will reportedly transcend boundaries previously in place for community corrections officials, such as when data regarding parolees was available to them. Both cities are essentially using the same hardware, but Foshan is apparently the first to make official use of it.

A People’s Daily Facebook post from Wednesday indicates that the system is only recently, actually launched and that it does more than just allow officials to know the location of a given offender.

The city of Foshan in southern China’s Guangdong province on Monday announced the launch of the nation’s first blockchain-based community correction service system to keep track of offenders in its Chancheng district in real time. […] The system allows local police, prosecutors, and court officials to share their real-time data and to coordinate their services to conduct better supervision on and service for the offenders, officials introduced at a press conference on Monday.

Another report suggests that the system has some sort of smart neural network component:

[T]new system can also use data analysis to detect the possibility of community criminals re-offending. Through the system background data analysis, the action trajectory and situation of the community prisoners can be clearly and clearly seen.

Benefits to parolees include the fact that regular reporting to human parole officers can be reduced since the officers will have a much clearer picture of the activities of their wards. The data collection and development of the system is intended to individualize the parole experience of each prisoner, such that a person who needs regular reporting for whatever reason will get it, whereas those who seem to be doing alright without it will not.

Technical details of the program have yet to be made publicly available. As an application, it demonstrates the versatility of the blockchain as a concept – it can track funds on immutable or administered ledgers; it can track items within a factory and all the way through the product lifecycle; it can track people the government seeks to reform.

It is fair to say that many of the people who pioneered the ideas behind the blockchain, however, never envisioned it necessarily as a means to increase the efficiency and strength of existing systems of control. The Cypherpunk’s Manifesto reads, in part:

We cannot expect governments, corporations, or other large, faceless organizations to grant us privacy out of their beneficence. It is to their advantage to speak of us, and we should expect that they will speak. To try to prevent their speech is to fight against the realities of information. Information does not just want to be free, it longs to be free. Information expands to fill the available storage space. Information is Rumor’s younger, stronger cousin; Information is fleeter of foot, has more eyes, knows more, and understands less than Rumor.